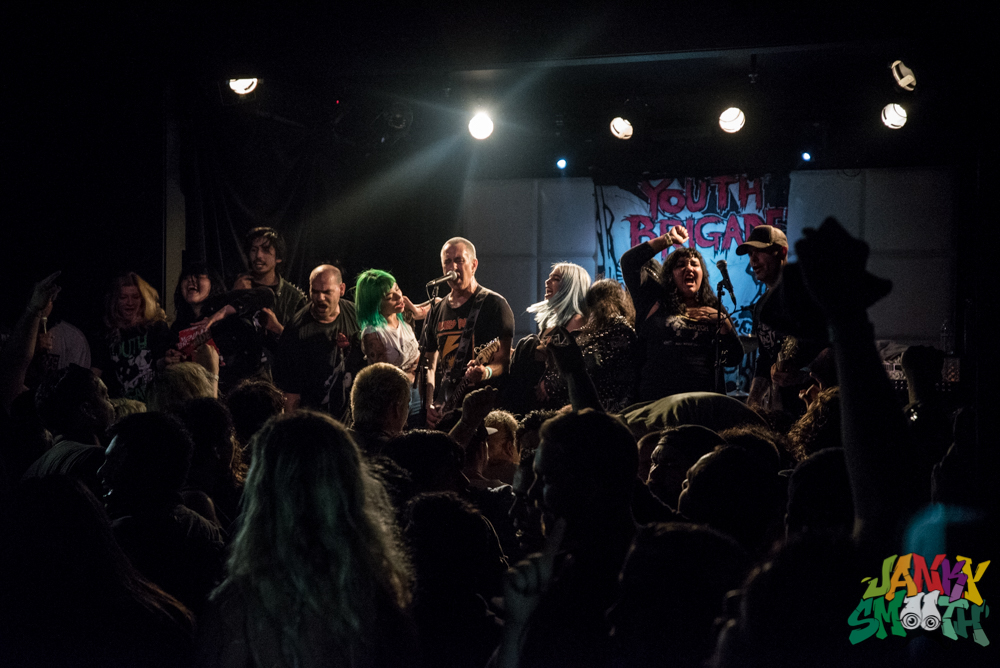 It’s that time of the year again. That time where all the old punks dust off their denim vests, while the new punks make sure they have all their new patches sewn on by their mom’s before they take off for Punk Rock Bowling. As condescending as that just sounded, Punk Rock Bowling was my favorite festival all of last year. I’ve never seen such unity amongst one scene. 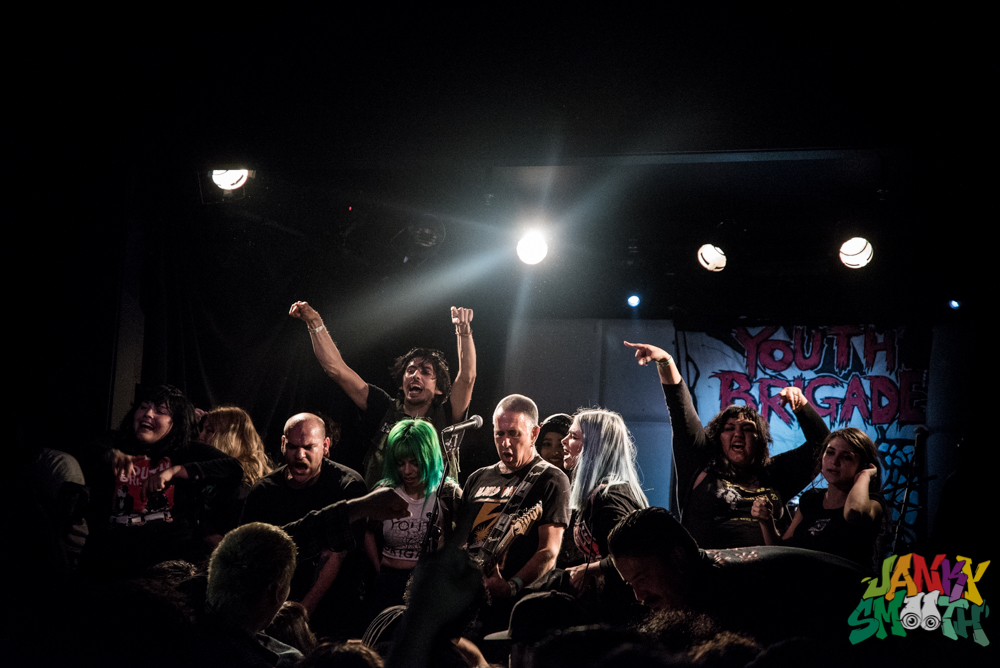 As Punk Rock Bowling approaches, as with any other out of town festival, a ton of related shows pop up in LA before the festival. One of those shows, which I was lucky enough to attend, was Youth Brigade at the Echo. Youth Brigade is made up of BYO (Better Youth Organization) and Punk Rock Bowling Founders and brothers, Mark and Shawn Stern as well as Johnny and Joey.  The band originates in LA, so the sold out show at The Echo was of no surprise. 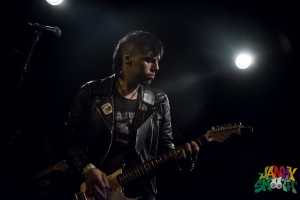 Generation Suicida at The Echo

Generation Suicida opened up the show. Generation Suicida is an all Latino Punk band from South LA. One great thing about this band is that the majority of their songs were sung in Spanish. I don’t know if you have paid attention in recent years, but the majority of the LA punk scene is Latino.  It’s nice to see a band sticking to their roots and not giving in to the standard that punk history has made for us. At one point they played a song that I immediately thought was a cover of Slap Your Mammy by Devo, which for all I know could have been seeing as how I don’t speak fluent Spanish. By the time Generation Suicida ended their set, the room was almost packed to the brim.

I went out to the smoking area between sets to check out the vibe. I ran into some old friends from the scene that went to Mira Costa High School with me back in the day. It was definitely nice to see people I knew sticking to their roots among a crowd of mostly underage kids. After a nostalgic moment on the smoking patio I made my way back in for Union 13. 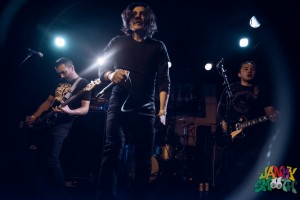 Union 13 at The Echo

I remember Union 13 from the year I got into punk. I was visiting my cousin in the OC where he took me to a record shop. Rather than grabbing one of the AFI albums or Rancid like my cousin suggested, I went with Punk-O-Rama 3. The compilation contained Never Connected by Union 13. That compilation was the sound track to my 8th grade year of school. I was pleasantly surprised to be reminded of Union 13 as they came up on Never Connected during their set. As a photographer one of my big things about a bands performance is how much they move around on stage. Union 13 supplied me with some beautiful images as well as beautiful memories. Towards the end of their set Union 13 included their cover of Roots Radical which had this Latino crowd moving.

You could see the crowd getting antsy waiting for Youth Brigade to begin. Eventually Shawn Stern took the stage in his Bad Brains shirt, Shorts, high socks, and vans, the 80s punk uniform. Shawn opened up with a comment about how young the crowd was compared to the show they did the other night with Pennywise, which of course led into the song “Where are all the old man bars?”. About 3 songs in Youth Brigade fucked up the beginning of the song. Shawn laughed about the little snafu and explained how it has been about 2 years since they last played. Shawn also talked about how the last show they played in LA was actually at The Echo so it was only appropriate for them to be playing there after a 2 year hiatus. To Shawn’s surprise the young crowd was extremely responsive to their old hits which took up the majority of their set. There were a sea of crowd surfers and stage divers that cared little for the rules. I had to shoot the majority of their set from the side of the stage where I watched one security guard do absolutely nothing to stop the kids. It was amazing, I love a good show where security isn’t the shittiest part about the venue. The best thing about Youth Brigade and the Stern brothers was the fact that nothing phased them. They could care less about the waves of kids running onto the stage. At the end of this incredible Punk Rock Bowling send off Shawn even welcomed the crowd on stage to sing “Sink with California”. The unity in this chaotic warzone was a thing of beauty.