Ahh there is nothing quite like an industry party; the drinks are free, morals are low, and there is entertainment for all!

The vibes were high, the flannel was staggering, and the drinks flowed like they weren’t tacked to the consequences that were sure to come. Arriving punctually around 8 PM, there was already a strong air of drunken chatter and cigarette smoke. Per usual, I darted straight to the bar where I quickly sunk a jalapeño margarita and shoved some beers in my girlfriend’s purse. I may be coming across as an alcoholic, but when the demographic can surely drink enough to sink a pirate’s ship, you need to get your free-drinks money’s worth before its all gone. Luckily in this case, the well didn’t dry and the debauchery ensued according to plan.

The Byrd’s Nest is a graduated treehouse-esque building pinterestly assembled by several adjacent reclaimed shipping containers. Byrd is a “Hairdo” brand that produces mens grooming products such as pomades and soaps and to say they have created an awesome space with the Byrd’s Nest, would be an overwhelming understatement.

I missed half of the new Vissla film because I was stuffing myself with the shitake mushroom tacos and “loaded” french fries from the Lime Truck, conveniently parked outside. The film was met with hoots from the rowdy crowd. Palmera Express had great surfing, a killer soundtrack and a vintage vibe.  Great job Vissla!

Before they took the stage, I had a brief conversation with singer and organist, Thomas Dolas, in which we talked about their 1960’s hallucinatory vibe. He said; “People think we do a bunch of drugs, but in reality it’s not like that al all.” They could’ve fooled me, their mind-altering jams had the crowd moving until last beer was sunk. 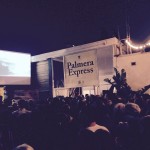 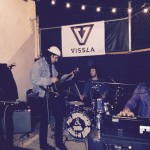 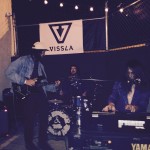 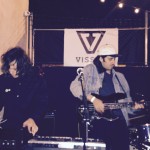 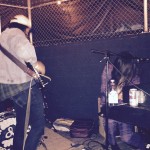