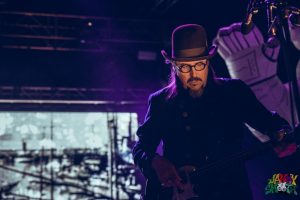 Primus.  Love em or hate em, if you are over 30 years old then you already know.  If you are under 30 then you probably associate Primus with South Park or Wynona’s Big Brown Beaver.  On Saturday night at Desert Daze 2016, Les, Tim and Larry convened on a stage, in a patch of dirt, on a piece of land called the Institute of Mentalphysics in Joshua Tree for the first time in 8 months.  Word on the street was that they hadn’t even rehearsed or played together in that entire time and if you aren’t very familiar with Primus and their arrangements, that might not be that remarkable.  But if you understand what Les Claypool does on a bass guitar, then you’ll know that Larry LaLonde might’ve been the only guitarist that could’ve possibly been the lead guitar in a band like Primus.  But not rehearsing those songs before a music festival that is representative of a young scene seems like an ill advised decision that Primus more than rose to the occasion of. 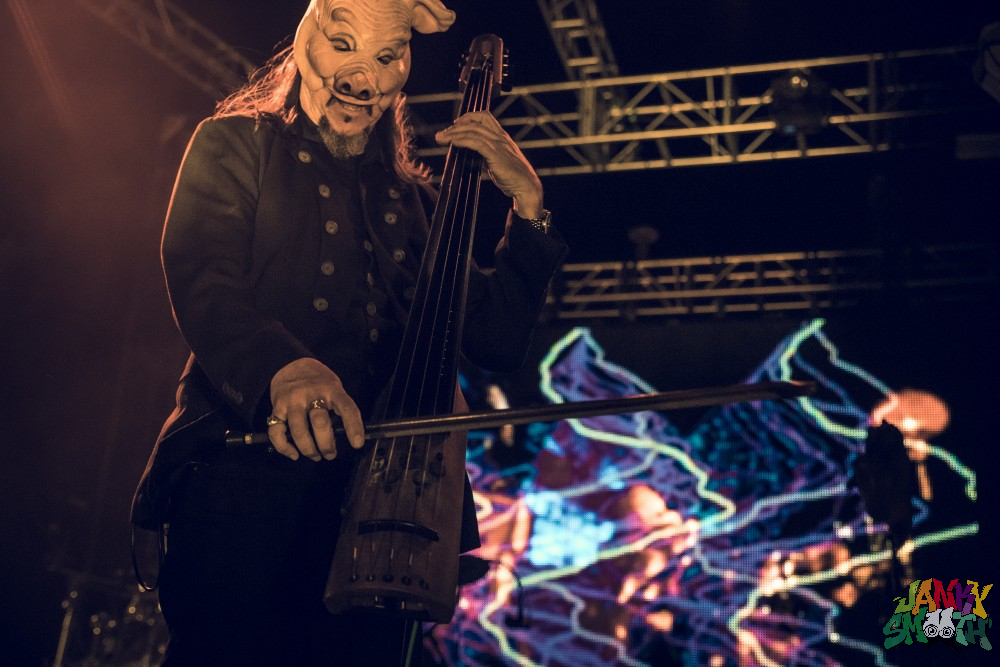 Given that most of my friends and associates in this music scene are somewhere in the early 20’s, there were many who were on the fence about seeing Primus at Desert Daze.  They certainly didn’t give a shit one way or another.  It gave me a false sense of what type of reception and audience would be present for their set at Desert Daze and made me angry that Primus was stuck into the category of 90’s music that won’t be cool again until these kids have kids.

But once they started playing, that wasn’t the case at all.  Much of the Desert Daze audience was well versed on material off the Frizzle Fry album and there was a cloud of dust that hung just above the crowd through most of the show.  We were in Primus heaven.  Les joked about the 2016 election, saying he could grab anyones vagina ala Donald Trump and faking us out like they were going to play their most famous song about a Big Brown Beaver.

FYI: Les Claypool is the very first person I interviewed 14 years ago