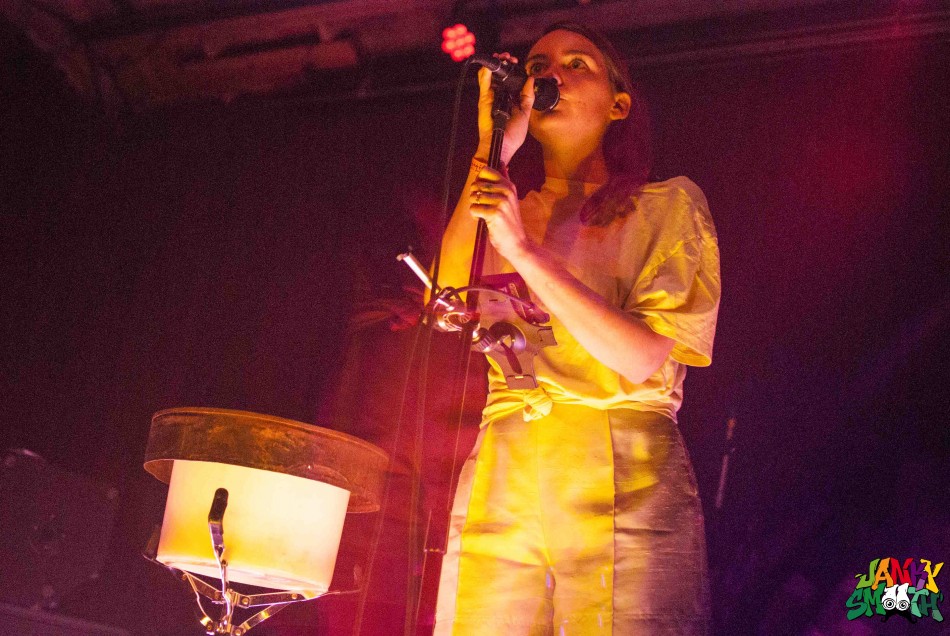 Jess  Williamson brought a brand new album and a newly-assembled band to The Bootleg on Sunday evening. Originally from Texas, singer/songwriter Jess Williamson recently made the move to Los Angeles. Her forlorn and sorrowful music has a bit of a country feel, an obvious product of her Texas roots. Her breathy delivery and use of organ sounds on the keyboard had the room rapt and attentive, swaying along with Jess’ voice. As she has formerly cited, sadness and heartbreak has a definitive influence and a prominent theme in the lyricism. Her set concluded to appreciative applause from the audience. 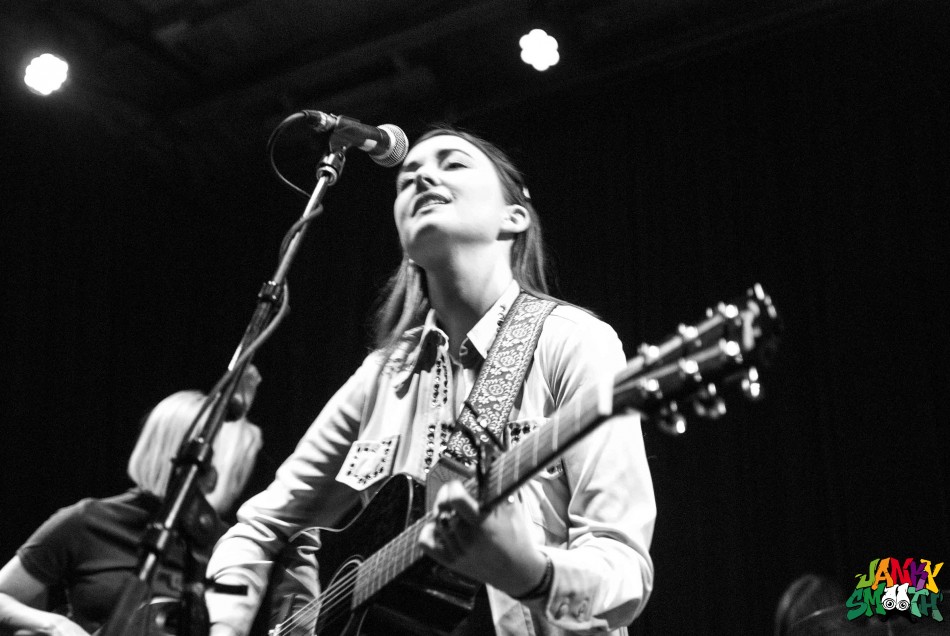 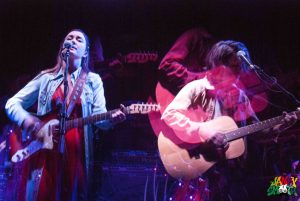 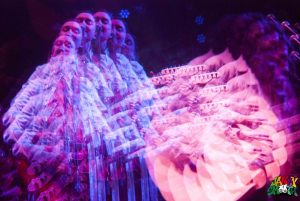 The sound of chirping birds brought the attention of the milling crowd as Loma began their set. The stage now prominently featured an easel with a drawing pad at the foreground. Emily Cross has a uniquely fragile vocal style and when manipulated, conjures the image of a chorus of sad angels. She didn’t look quite comfortable in the performance space as she paced with clasped hands and turned her back to the audience. It enhanced the effect of Loma’s sound, which is tender and vulnerable. The instrumentals are ambient, brooding and reinforce the haunting quality of layered vocals. Emily uses the paper on the easel to draw what she describes as “limes having a really good time” – five shapes resembling limes encircling a star-like flash. I guess the idea behind the easel drawing was to add a bit of dimension to the performance but it was moderately distracting at best, like an afterthought to the performance itself. 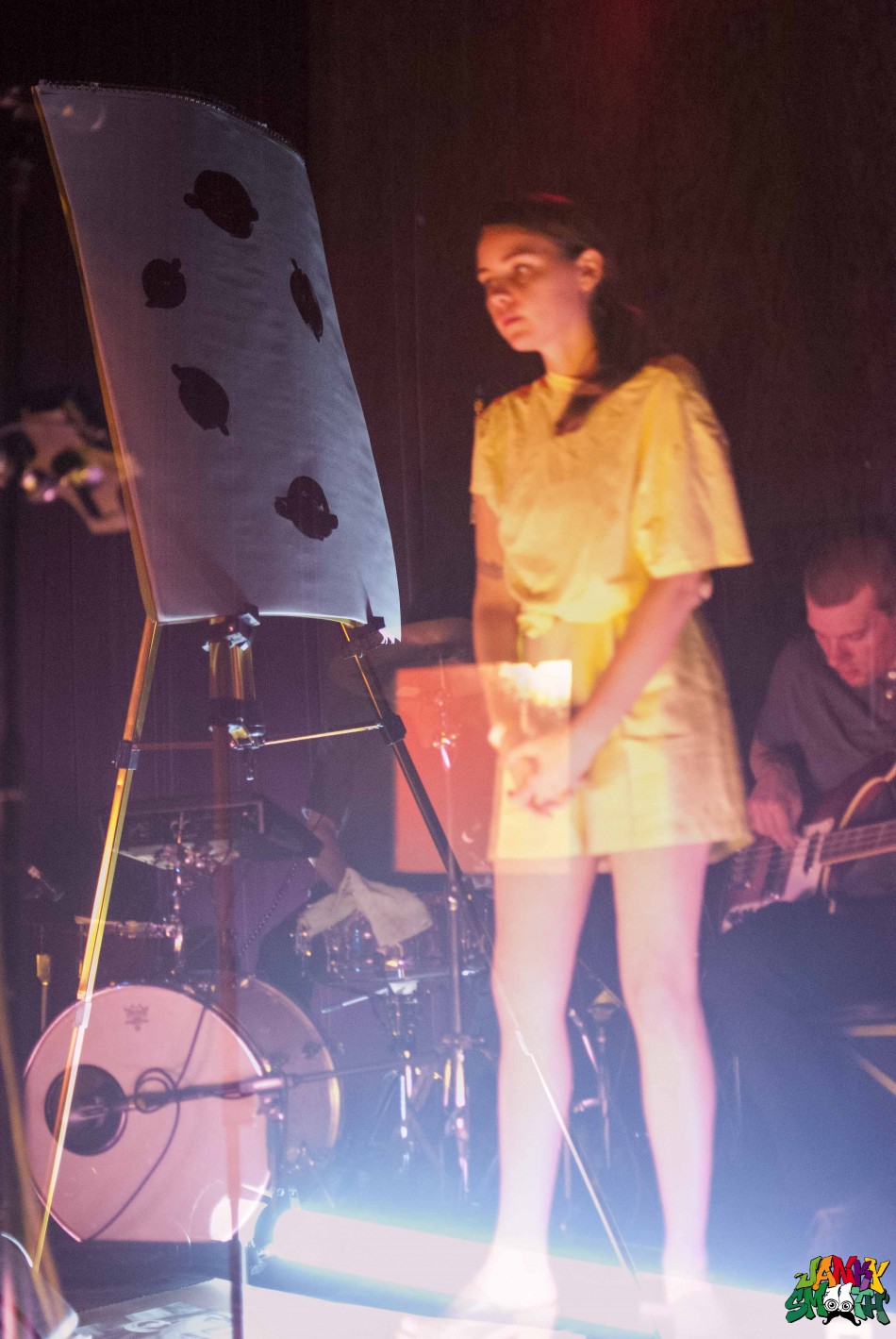 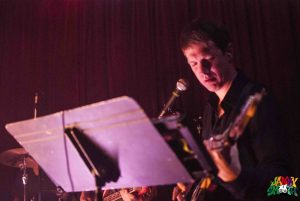 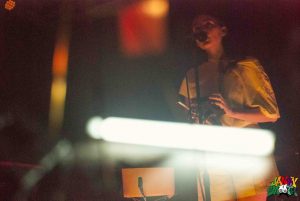 Thematically and stylistically similar, the music of both Jess Williamson and Loma is certainly an acquired taste and its easy on the ears and therefore perfectly appropriate for a pensive and self-reflective Sunday evening. Quite unlike the noisy punk shows and gigantic festivals that I often write about, the evening’s show played out like a conversation with a dear friend or an evening spent reading. These kind of evenings have a restorative property for which Loma and Jess Williamson could provide the ideal soundtrack. 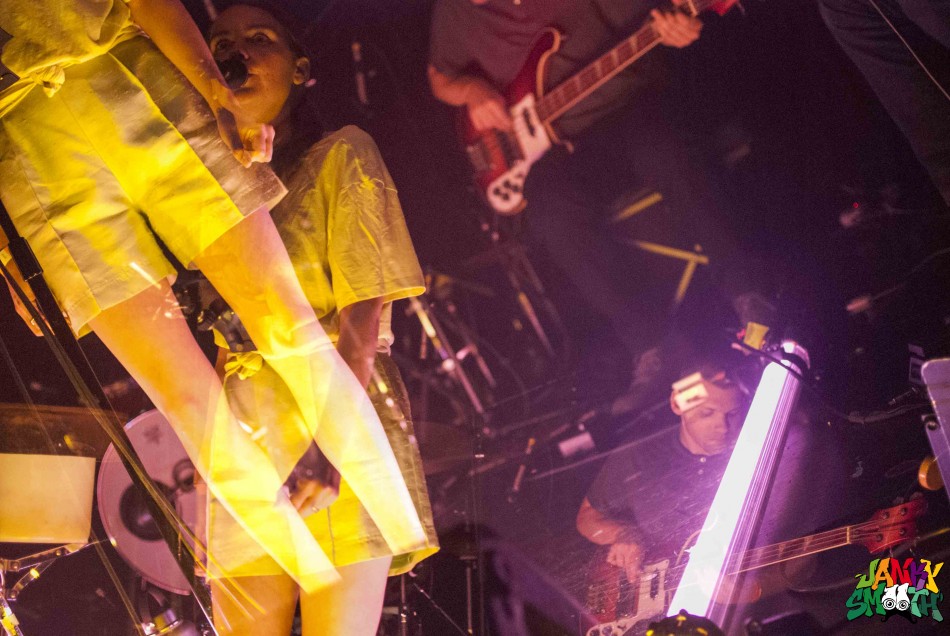