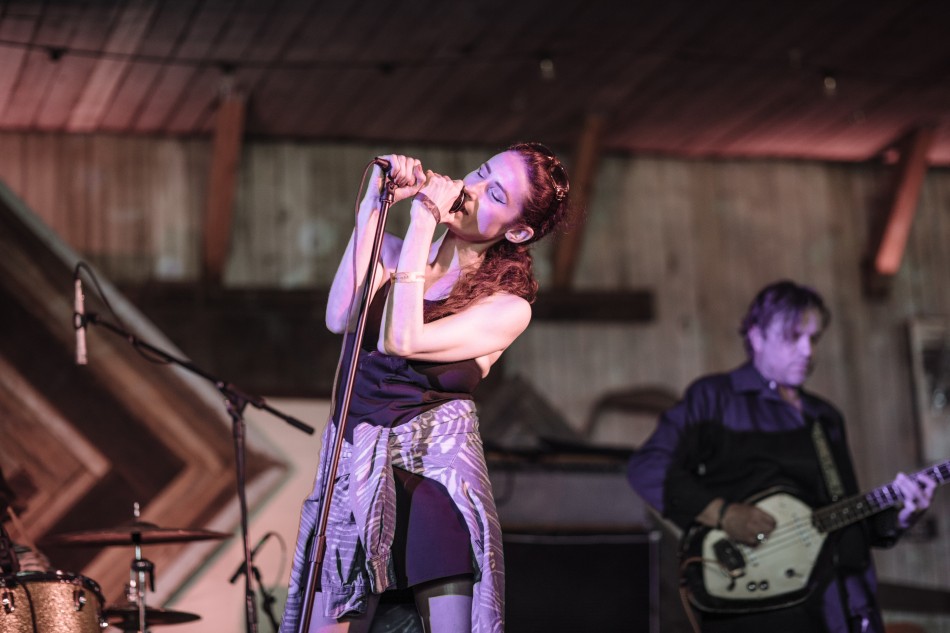 I love wine. If I have to choose from wine and beer at a bar, I’ll usually choose that delicious and timeless grape alcohol. There was a time I was so obsessed, I wanted to learn as many details as I could and read the World Atlas of Wine. What I learned from that book is every wine and grape tells a story through its flavors. Flavor tells you details about the length and brutality of a season or drought or specific information about the soil from which the grapes grew and in that soil lies a region’s history. The history of Gundlach-Bundschu is as the oldest family owned winery in Sonoma, and always on the leading edge of wine society, they’ve taken wine-drinking and combined it with rock and roll for many years now, culminating in Huichica festival, a Bacchanal only adding to the family’s rich history in Sonoma. This year, Huichica was the place to be. Why? Simple. Tamaryn was performing. 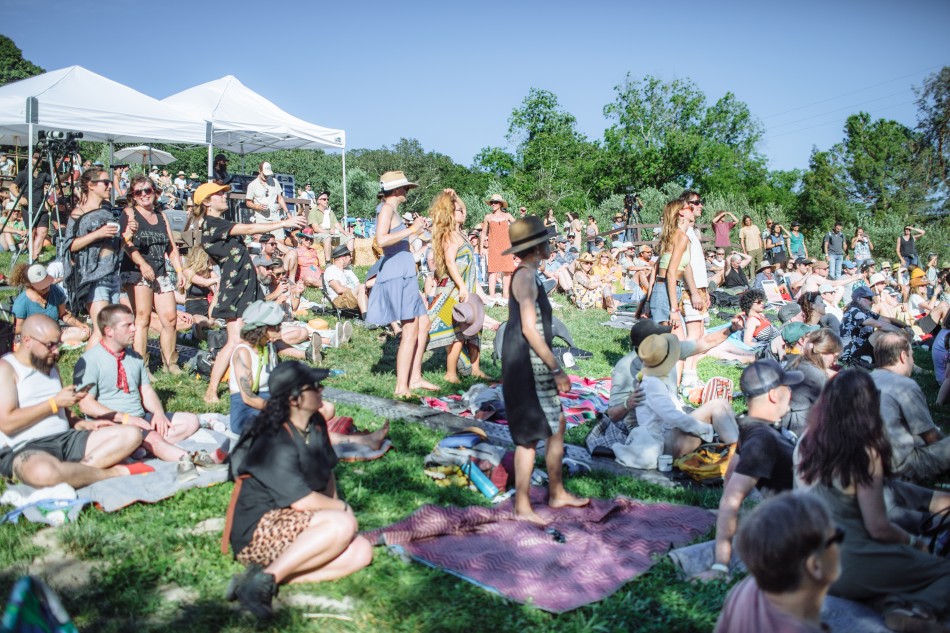 Each wine I tasted from Gundlach-Bundschu winery while at Huichica was extremely delicious and delightfully different. I could imagine myself drinking any of them from a bottle taking impolite rock and roll swigs on a holiday saunter. Part of me wishes such outlaw drinking was permissible at Huichica’s bacchanal but I’ll settle for white mugs of white wine being drunken by indie music fans dressed in ‘festival chic’. Coming from punk like the festival’s organizer and winery owner, Jeff Bundschu, I desired a little bit more disruption to counter the chillness of the festival setting with harder edged music you might never hear at a winery. I wonder what the grapes would taste like then, if they felt the reverberations of heavy punk through their roots and skins. Don’t get me wrong, there was plenty of music there I loved, I did travel all the way from Los Angeles just to see a rare Tamaryn performance, and just for that, I have to commend Huichica Fest for their booking.

Wandering between the three stages, I found most inspiration from bands I saw at the Barn. A stage that has hosted many performances over the years that go down in some secret history concert as legendary but low key for those that trekked out for a show in beautiful Sonoma. The stage is intimate, raw, and a bit uncomfortable but in a good way. It nudges great art out of performers, I suspect. Such was the case with my favorites from Saturday’s lineup. Lilys was the most punk rock band of the festival. An alternative band with plenty of shoegaze riffs delivered with punk rock energy, there’s a soothing peace inside their wild noise. Later, Wand impressed me and lived up to every expectation I had in my mind, given the band has so much well deserved hype in indie and psych rock circles. This was a form of psych rock that was quintessentially American, inside their flowery and fluid riffing were suburban fairy tales and young American romance. 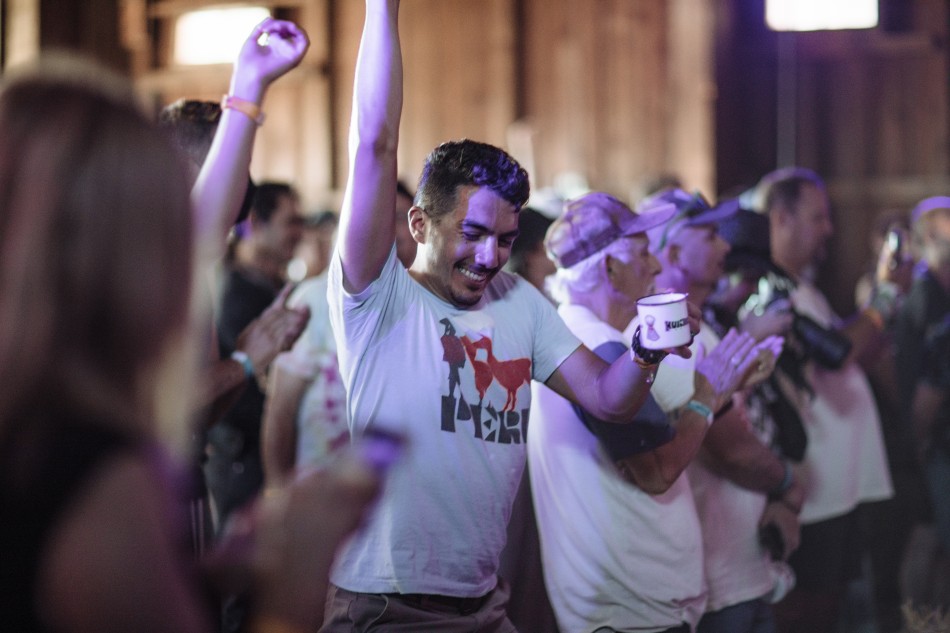 The last time I saw Tamaryn was at a Part Time Punks performance I attended immediately after seeing the Bikini Kill reunion at the Palladium. She was an etherial inspiration, owning the stage and holding the audience in the palm of her hand like a goddess. She was divinely spellbinding. On record, I don’t think any contemporary artist captures love and tenderness as purely as she does with her voice and the production that lays beneath. She feels like a classic 4AD artist in the very same vein of Cocteau Twins or Dead Can Dance. She’s just as incredibly talented as these predecessors. 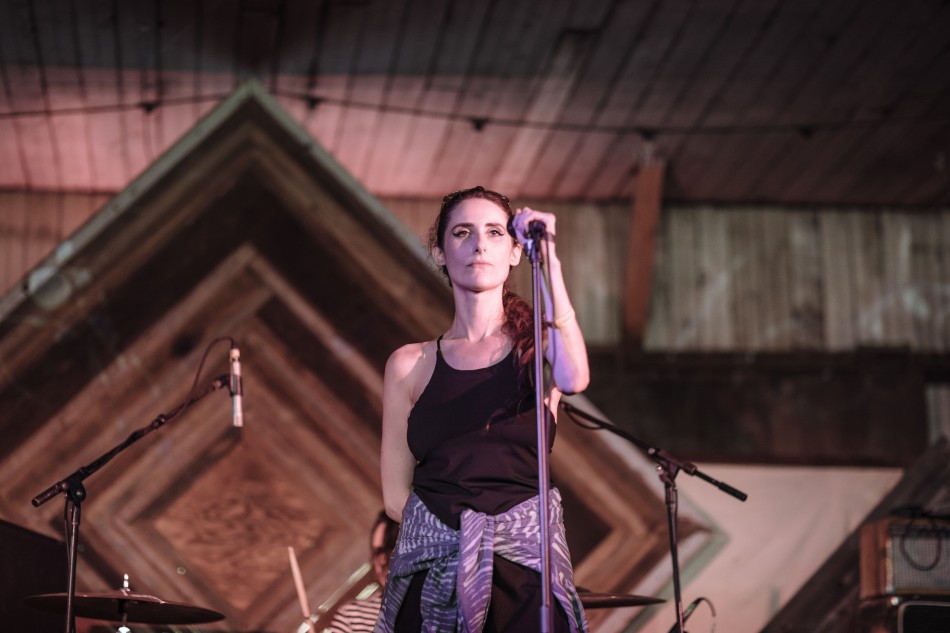 This performance was a bit different from that Echoplex show, more stripped down and analog, not featuring any synths or electronics. The guitars infused a specific psych rock element that fit Huichica festival better than a synth pop vibration but didn’t cater to expectation. Every player was tight and in the pocket, giving Tamaryn the space she needed to let her voice drive the whole sound to incredible crescendos with her moving vocals. Getting to hear her sing “Love Fade” alone was a memorable treat.

Tamaryn’s music is some of the best that ever came out of Los Angeles’ post-punk scene. Every artist that flourished in that space considers Tamaryn an icon, with incomparable, natural and spiritual talent and beauty. I didn’t travel this far just because I love the music or because she doesn’t perform often. I traveled because I consider Tamaryn’s music to be essential canon, and if it’s my goal to experience as much of the best music as I can in my life, this show had to be attended to complete the canvas of my musical experiences.

Earlier in the day, I arranged for a wine tasting to try the various wines available at Gundlach-Bundschu winery. Before I even sat down, I tried the Sauvignon Blanc, opting for whites on a hot day. It was supple and sweet, a perfect refreshment and license to chill. My sommelier for the day had the same vision in mind, choosing whites for the majority of my tasting before caving into my request to taste the reds as well. The first wine I tasted was their Gewürztraminer which had the soft but not sugary taste of lychee. If you had no access to water, this wine is the next best thing. This was followed by the Chardonnay, my favorite of the entire tasting, a luxurious creamy wine with no butteriness but plenty of fruitiness. The Rose then was a complex and light taste similar to strawberries and cream. Lastly, the pinot noir was a dark desert delivering the taste black black berries to my mouth and nose for an unforgettable, drunken sendoff. 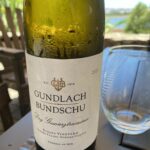 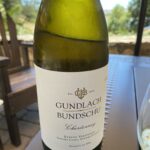 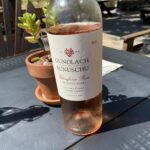 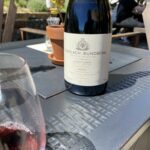 Huichica is a beautiful concept. A music festival at a winery where the splendors of the Earth are just as celebrated as the splendors of the artist. My only wish is there was more punk, hip hop and maybe metal, I think the musical tastes of the sort of people in attendance would appreciate it. Everything was chill and I don’t necessary think chill when I think of Bacchus. Perhaps you don’t want to wild out with so much alcohol present in such a nice pleasant setting, but perhaps you actually do. 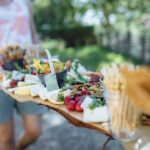 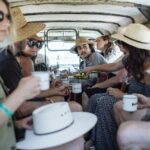 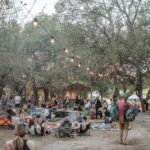 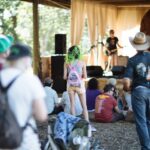