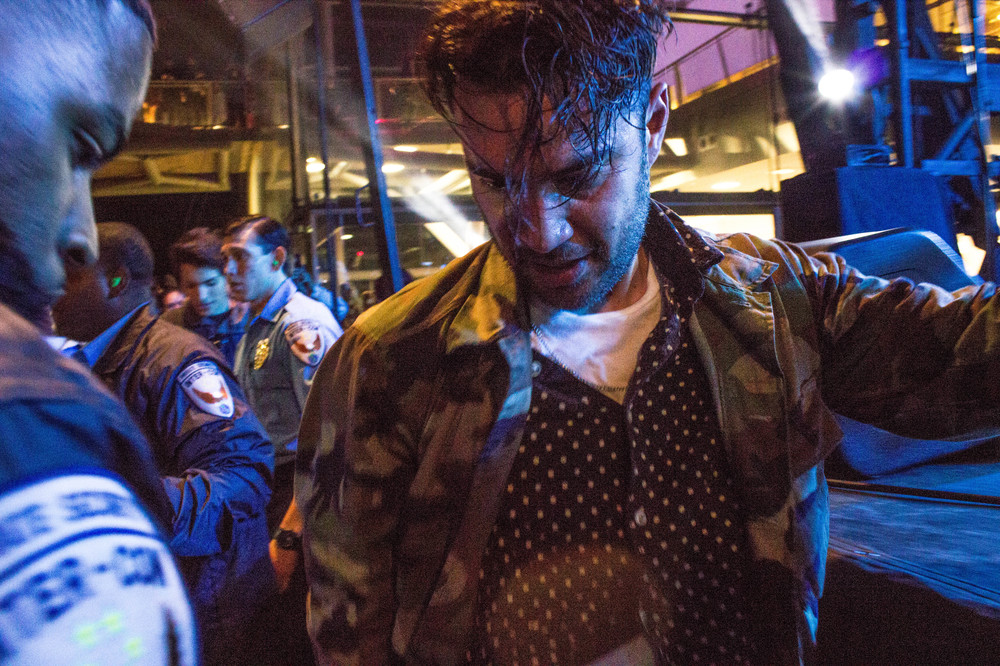 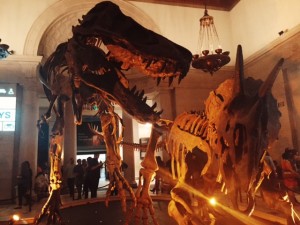 The Natural History Museum was PACKED, lines at pretty much every one of the 7 (there were more) bars that I counted and all tickets for the night were SOLD OUT. The weather cooled off quite a bit, but the crowds stuck it out for the performances on the new outdoor stage the museum had erected especially for this event. Food trucks, multiple full bars and the opened portions of the museum kept the crowds entertained till show time. Raul Campos played a radio friendly filler set leading up to Avid Dancer’s opening performance. 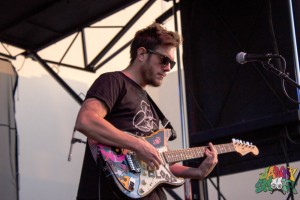 I didn’t know much about Avid Dancer prior to the night, but I’m glad I was able to catch their set to build my own opinion on them. After some research, I discovered that the band was initially a solo project by ex-Marine Jacob Summers – percussion fueled radio friendly, new wave rock. They got a good response from the First Friday early birds, but I was easily distracted. Their songs sounded too similar and they reminded me of a generic rock band you’d catch at an LA farmers market – nothing really stood out to me, as much as I wanted to get into the band with the intriguing background. They filled the opening slot far better than others, but missed the mark on leaving an impression with me.

Dressed in their ruffled dress shirts and slacks.. Chicano Batman proceeded to overtake the airwaves and were met with a rancorous embrace by the crowd of locals. They opened with a funky instrumental “La Tigresa“ and hunkered down into a fan-pleasing set. The Latin-infused tunes from the quartet drove us through original takes on decade-spanning sounds from the 60’s to today. The booking on this event was well deserved – these local boys have only recently, in the last few years, been getting the recognition they deserve. They toured a bit with Jack White, played at Coachella and are now on these lineups – the future looks bright for them! The Latin American sounds they put out are so approachable, definitely not something too foreign to white folks in SoCal.  After a solid set – the band closed with their most known hit – “Cycles of Existential Rhyme” (go check out the video, they film it right here in DTLA and La Cita, easy way to pick up their vibe.) I’m really looking forward to see where this bands career goes and I hope for the best. 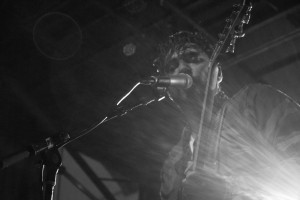 Hanni El Khatib has been buzzing around the blogosphere for some time now, around 2010 he was making noise we all heard. He was already playing a great touring circuit before the newer single “Moonlight” (which they opened with) overtook KCRW, KROQ and stations across the country. Armed with a full band, a sold out crowd and the summer evening at his fingertips – Hanni El Khatib brought us all into his world for the duration of the set. It featured heavy, dirty, clean and intriguing energy throughout – hard rock for the soft heart. The lyrics were all discernible and intelligent. The Black Keys inspired riffs (Hanni has a working history w/ Dan Auerbach) and rotating players in his band kept the dark vibes brooding. A generous mosh pit even evolved from the crowd for a few songs – however security promptly mellowed it out. This will most definitely be the last time Hanni El Khatib plays a stage that small in Los Angeles – he’s headed upwards more than ever before. After keeping the crowd right with him the entire time, the band properly ended the set with the 2013 release “Head In The Dirt”. Hanni ended up crowd surfing while shredding to the delight of the ass-grabbing fan girls posted in the first few rows. No encore due to the strict restrictions the museum had to follow, but the crowd was left exhausted and satisfied. 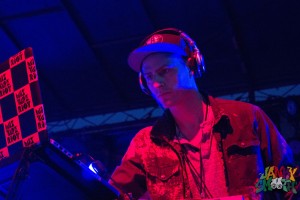 Between all the sets, DJ/Producer Captain Planet spun bassy, tropical world music from a booth set up off-centered on main stage. He was definitely getting into the sets, peppered with originals and edits, however the crowd was not having it. To his credit; it seemed like a chopped up full set which works in clubs, rather than catering to the crowd in front of you. In the past, First Fridays has done separate stages/areas for DJ’s and bands, which I think would have done Captain Planet a bit more justice. I did enjoy getting to hear one of my regular plays by this producer, “Un Poquito Mas”, over a large sound system, though. At the end of the day, I feel like they could have gotten a better response by keeping Campos on the 1’s and 2’s during the rest of the night rather than switching to a ‘featured’ act.

This was the last First Friday’s event at the Natural History Museum of 2015, but keep an eye out for Summer Sunday’s and other events coming up in the future. Most of them seem DJ centered, but hopefully we can get some more live acts among the artifacts in before the end of the year.