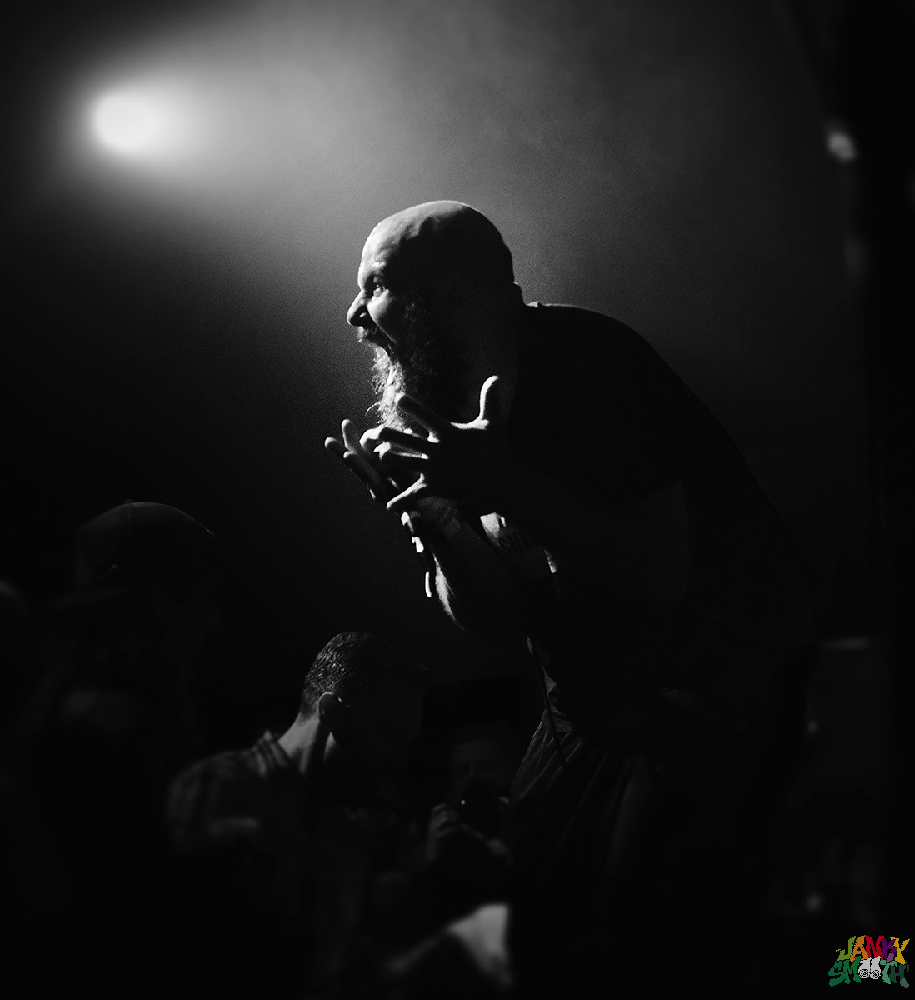 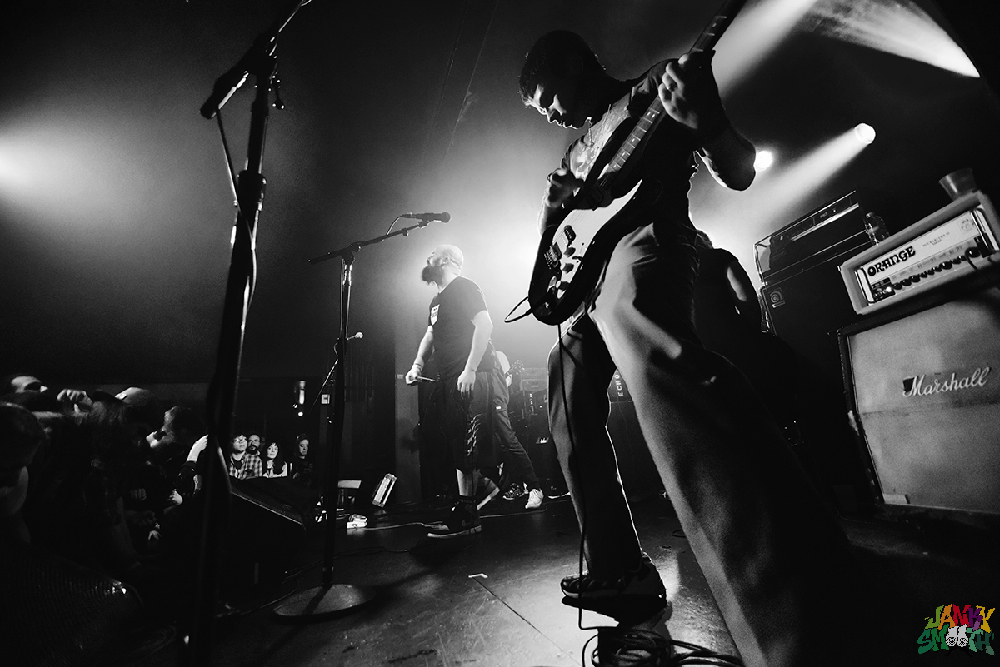 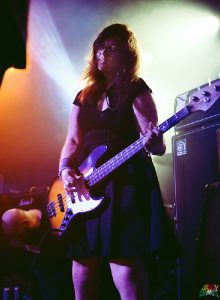 My lifelong battle with debilitating migraines has held me back from many things, but I could not allow the Fucked Up March 12th FYF Presents show at The Echo be one of them. Because of this affliction, I arrived to The Echo a bit out of sorts, but the energy filling the sold out venue quickly replaced the brain fog with excitement to finally watch this amazing Canadian punk band after years of wanting to.

The crowd surfing began nearly as soon as Fucked Up hit the stage with “Crusades” off their 2006 album Hidden World and never really died down from there. The crowd and the band increasingly fed off each other’s energy and only a couple songs into the set, singer Damian Abraham disappeared into the center of the mosh pit for the duration of the song. Once he returned front and center, he shared the mic with many of those in the front row throughout the rest of the set, stopping only to thrash a bit on the floor and do some backwards somersaults. 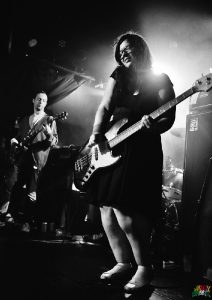 There are few times I attend a show wishing I had left my camera gear at home, but watching the Fucked Up at The Echo

mosh pit from the side of the stage had me feeling pretty envious of everyone in it. After closing their high energy set with “Vivian Girls,” Fucked Up returned for a three song encore.

They began the encore with “Queen of Hearts” where bassist, Sandy Miranda juxtaposes Abraham’s harsh vocals with an almost angelic undertone. Maybe it’s the jaded, yet hopeless romantic in me, but the vocal contrast between aggressive and sweet work pretty damn perfectly for a song about falling in love.

They closed out the first of their back-to-back shows at the Echo with “Police,” ending an already sweaty and perfect night on an even higher note.