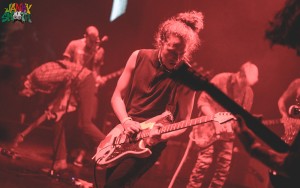 There is nothing in the world like seeing Destruction Unit live, in concert. Nothing. The overpowering and overwhelming sonic assault staggers the senses and literally knocks you off balance. I really can’t explain it but the word literally is used literally. At last months show at Berserktown II at The Observatory, they played a song off their new album, Negative Feedback Resistor that made me feel really weird, physically. As I dug into this new album, I instantly recognized it as “Chemical Reaction/Chemical Delight”, track 4 off of Negative Feedback Resistor. Like a self-induced inner ear infection, the Destruction Unit live show is reminiscent of a drug psychosis. The chaotic six string arrangements aren’t just multiple guitars playing the same riffs. Octaves and detuned layers fit in each others jagged edges until a mountain of sound buries you in symbiotic harmony, as one lead guitar varies from the main arrangement with feedback and noise.

With 8 LP’s under their belt, multiple EP’s and 7 “ releases, the Destruction Unit lineup whose original cast in 2000 included Jay Reatard and Alicia Trout has been steady with their last 2 releases. With an occasional curveball like throwing in Alex Zhang Hungtai from Dirty Beaches/Last Lizard on saxophone on tracks somewhere in the chaos of Negative Feedback Resistor (I think I hear the saxophone in there somewhere). 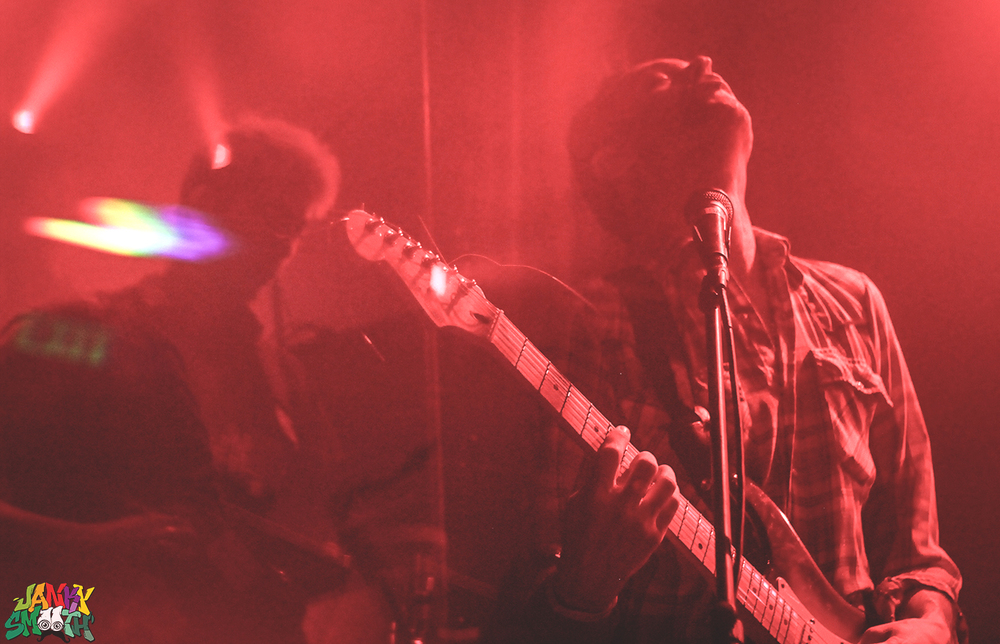 If a randomly selected individual were to have a quick, passing listen to Negative Feedback Resistor, I doubt the word psychedelic would be used to describe this piece of art. Kind of like passing a stranger that is tripping on acid on the street- You wouldn’t necessarily notice anything unless you knew what to look for. The more I listen to this album, the trippier it gets. You can’t really say that about too many other hardcore albums. There is an eerie dissonance just below the surface that is somewhat haunting. The opening track, “Disinfect” starts with a buildup of noise and feedback that lasts for quite some time before breaking into their Discharge-esque hardcore, psychedelic punk rock frenzy. This song reminded me a bit of their live show when, one by one, each member takes the stage, plugs in and slowly sets their levels to create a perfect mix between all the stringed instruments. As soon as I started listening to Negative Feedback Resistor it dispelled all worry that there was no way these guys could recreate what they do on stage on an album. 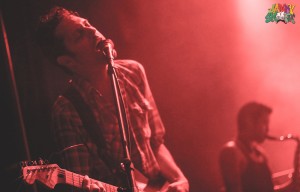 Singer, guitarist, founding member and shaman Ryan Rousseau along with brother and bass player Rusty have spent years crafting this sound and lineup after lineup, they finally found this insanely creative and irreplaceable group of artists to execute a very unique vision. With his vocals buried deep in the mix, it allows the listener to identify the different pieces of each composition. The key additions to Destruction Unit appeared for the first time 2 albums ago- Jes Aurelius and Nick Nappa seem to be very experimental in their approach to the guitar and are hypnotic during live shows. Drummer Andrew Flores is a fucking psychopath on drums. It’s not just his playing but his ability to keep up with all that chaos and still be able to set a clock to his playing. 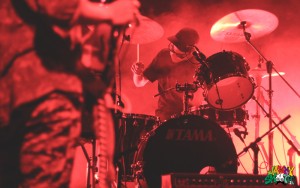 I’d have to say that Negative Feedback Resistor is one of my favorite albums of 2015, so far. I was extremely impressed with the ability of the band to recreate, if even only to a certain degree, what the band is able to achieve on stage. Destruction Unit are having their record release party at The Teragram Ballroom this Sunday, September 13th. Janky Smooth will be there to continue documenting this highly creative group of musicians.

“Negative Feedback Resistor” out 9/18/15 on vinyl and other physical formats via Sacred Bones. and download or stream the album for FREE via Adult Swim