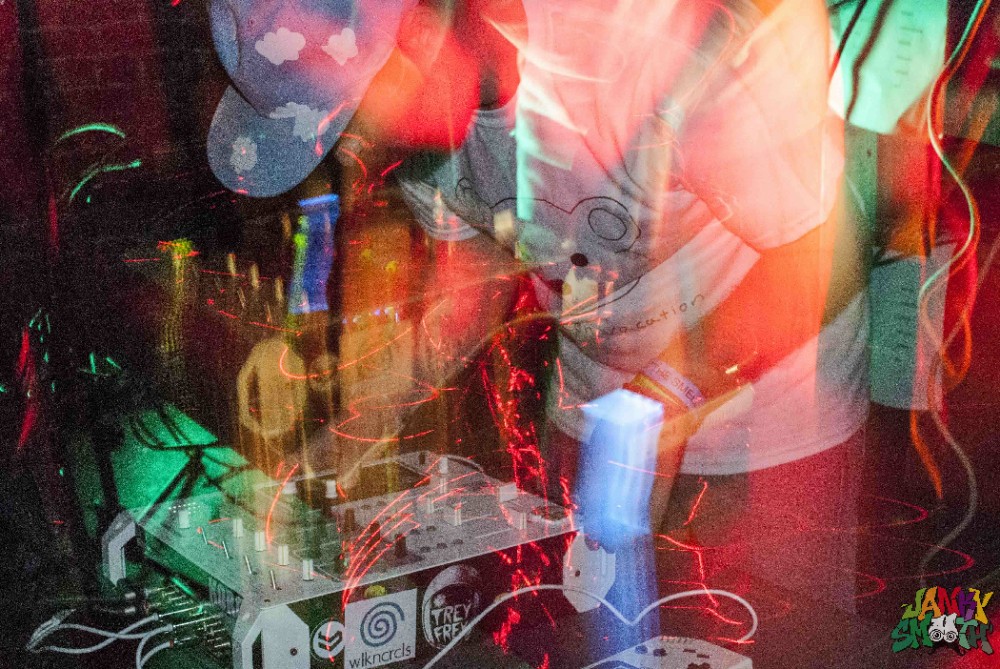 Video games, especially ones for the NES and SNES consoles, are near and dear to my heart. I even have the tri-force from The Legend of Zelda tattooed on my leg. And who could forget that game’s soundtrack? With its fuzz bleeps and boops and doo-doodle-ooo’s… not I, never. I first heard about 8BitLA long ago as a sort of collective of 8bit musical artists but it wasn’t until seeing their announcement for this year’s Freq. Fest at The Smell that I paid them a second glance. 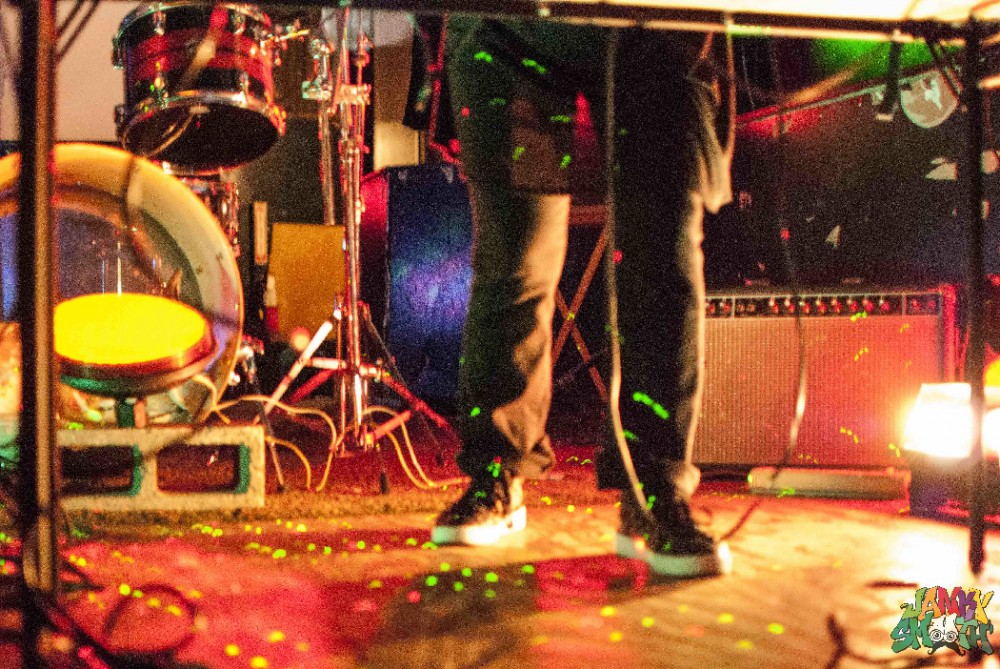 8BitLA was created by Jesse Avila and Kevyn Martinez to spread the gospel of this genre of music. Bringing together fans and forum users from around the world, Freq Fest is the genre’s boss battle. Not having any experience listening to this music, I saw Freq. Fest as an opportunity to broaden my horizons and further (artistically) pervert my mind. Plus, I’ve always liked Horse The Band.

There’s this old cliché that music scenes like this are a bunch of outsiders banding together in an “island of misfit toys” scenario but in this day and age, I totally disagree. The weirdo’s of our age are not the ones that go to events like 8BitLA or play NES into adulthood or get Zelda tattoos, no. The real weirdoes, squares, and assholes are the ones closed minded enough to dismiss scenes like this. This is 2017, down is up and up is down, and I am down with Freq. Fest because, well fuck it, I’m a total freq. 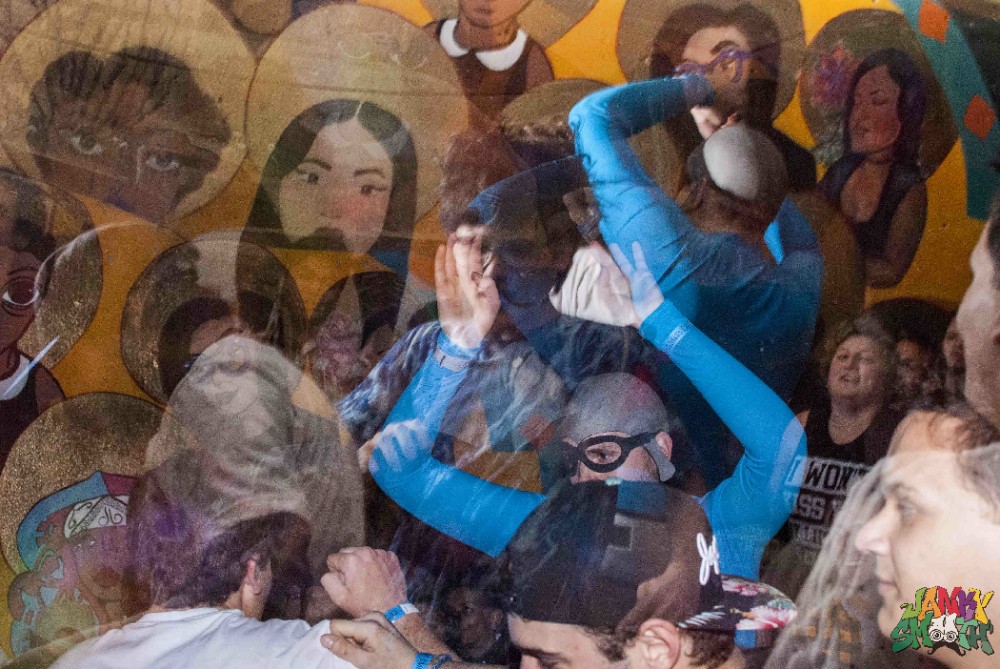 Freq Fest Fans at The Smell

The first thing you notice about live 8bit music is that many of these artists use a converted handheld console, usually a Gameboy, as an instrument. That’s right, they button mash you into musical ecstasy. On one of those babies, a sequence you might input as a cheat code could end up being the perfect the melody. Another fascinating aspect of this music is that unlike any other genre, we grow up hearing these sounds and thus associate them each to whatever action the sound corresponds to in the game. So you hear the same damage or healing sound effects you might hear in Final Fantasy 6 and then feel damaged or healed by the song. These 8bit songs are soundtracks to stories you imagine and project yourself into as you hear them live… standing in the Smell… closing your eyes… and pixelating yourself. 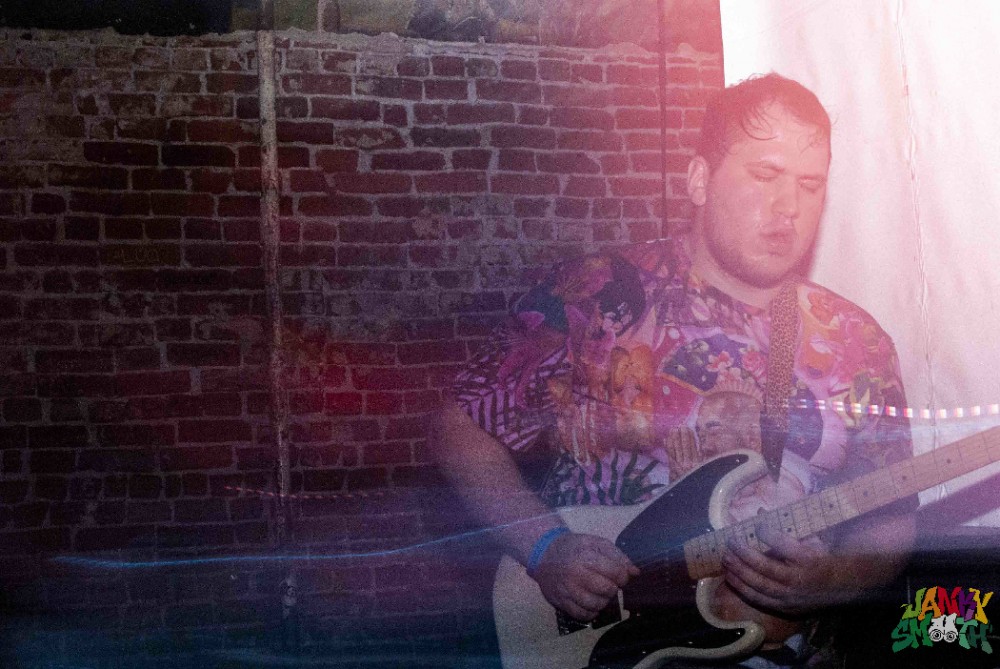 The first artist was Datacats, a solo act that plays guitar over 8bit synths. His guitars could shred and scale the summits of rock while his synths delivered danceable rhythms that make standing still impossible. He packed in originals, music he’s using for the soundtrack of Undertale 2, and plenty of Script covers.

Corset Love was next. She’s an 8bit DJ and producer from New York that duel wielded LED power knuckles while letting her groovy, tranquilizing dance music posses her. She even covered a song from the anime DeathNote and if you don’t what that is then you’re missing out. 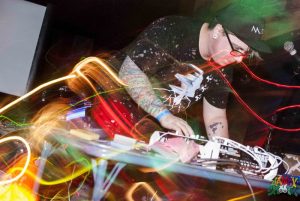 Graz is an 8bit producer with a Gameboy turned instrument (of destruction). He played what he called, “rave punk”. Hailing from Seattle, Graz’s glitch and bounce made me feel like a crashing Nintendo that needed to have its cartridge blown and spat into. He ended his set with a song called “Skank or Die”, a play off the first skateboarding game Skate or Die. Let me take this moment to bring up the fact that without Tony Hawk’s pro-skater games there’d be a lot less punks in the world.

Curious Quail was the only “band” of the night. They featured guitars, bass, drums, and vocals but also a violin and 8bit synths. They sounded like a poppy, alternative rock jam band, with music so joy inducing that you feel high off Mario mushrooms. 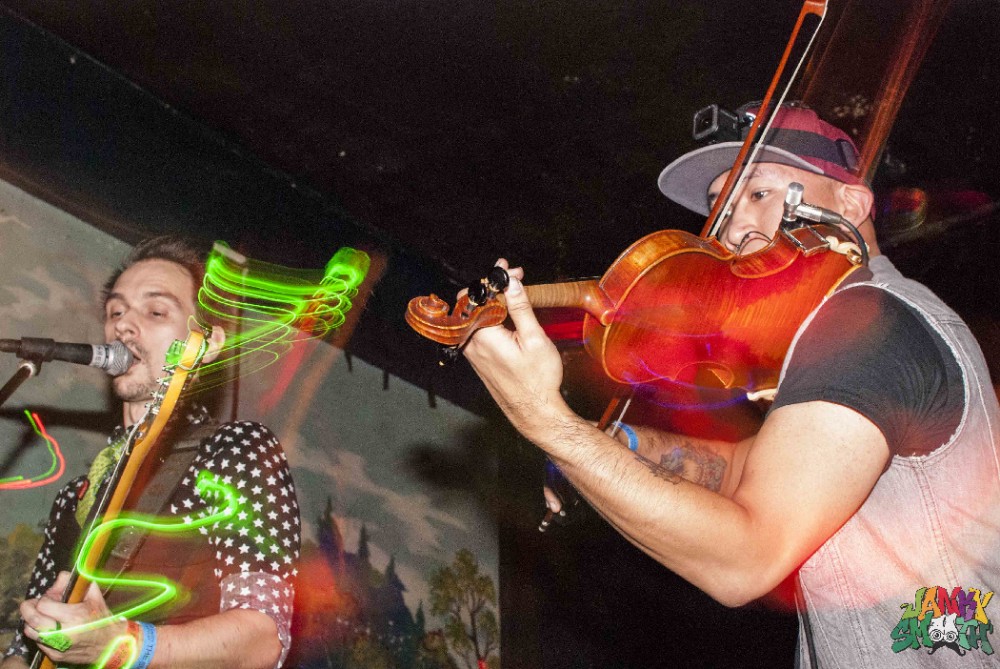 The last artist I saw was a producer named Skybox who played epic trance music on his converted Gameboy. This was the dirtiest sounding, real party vibe of the night. It was an entire rave jam packed into a tiny grey cartridge.

I left the Smell in some kind of daze… objects appeared blurry, less distinct, fuzzed out, squared. I bit my lip to try and snap back into the real then it hit me… I realized that our species has more dimensions to it than the most elaborate Dungeons and Dragons dice. The tri-force tattoo on my leg glowed with new intensity. I had leveled up. Life is a game, after all… I just wonder who’s avatar am I?