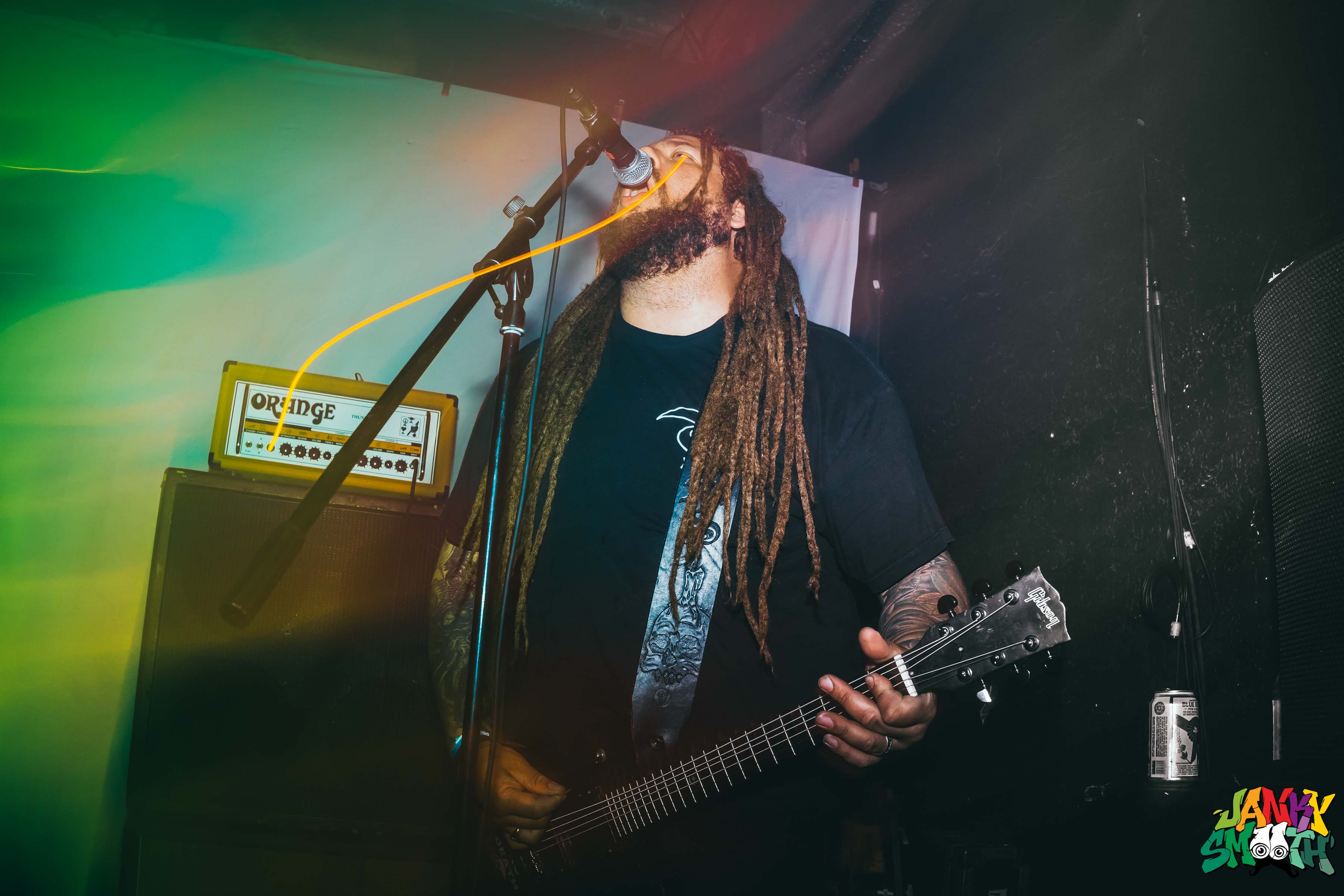 The variety of soundscapes in metal are an interesting thing; even the untrained ear can notice a vast difference between acts like Cough (who also performed at Union in May) and Primitive Man – two bands that share the label of “doom” but approach their craft with entirely different methods and goals. With a stacked lineup including Primitive Man, Celeste, Infernal Coil, and Pendulous, this evening was an interesting exercise of the flexibility in sound and tone within those parameters for significantly different sub-genres and a fine example of just how well some of those combinations can work.

related content: Crushed At Communion: Cough And Grime At Union

Pendulous play a fine brand of funeral doom packed with the two most essential qualities any group in this sub-genre needs: depression and introspection. Each song (while relentlessly crushing) seemingly drifts through space as an agonized ghost: endless suffering, longing, and helplessness riddling a soul cursed to an eternity attempting to grasp a line of comfort always just out of reach. Easily the most captivating performer of the evening, vocalist Eric Rezsõ Mendoza delivers each line as if he’s crawling through miles of broken glass and gives the band the emotional strength they wield. Despite the big names to follow, Pendulous set the bar high for the night. It’s not common that an opener perfectly understands the aesthetics of funeral doom and delivers such a flavorful brew. 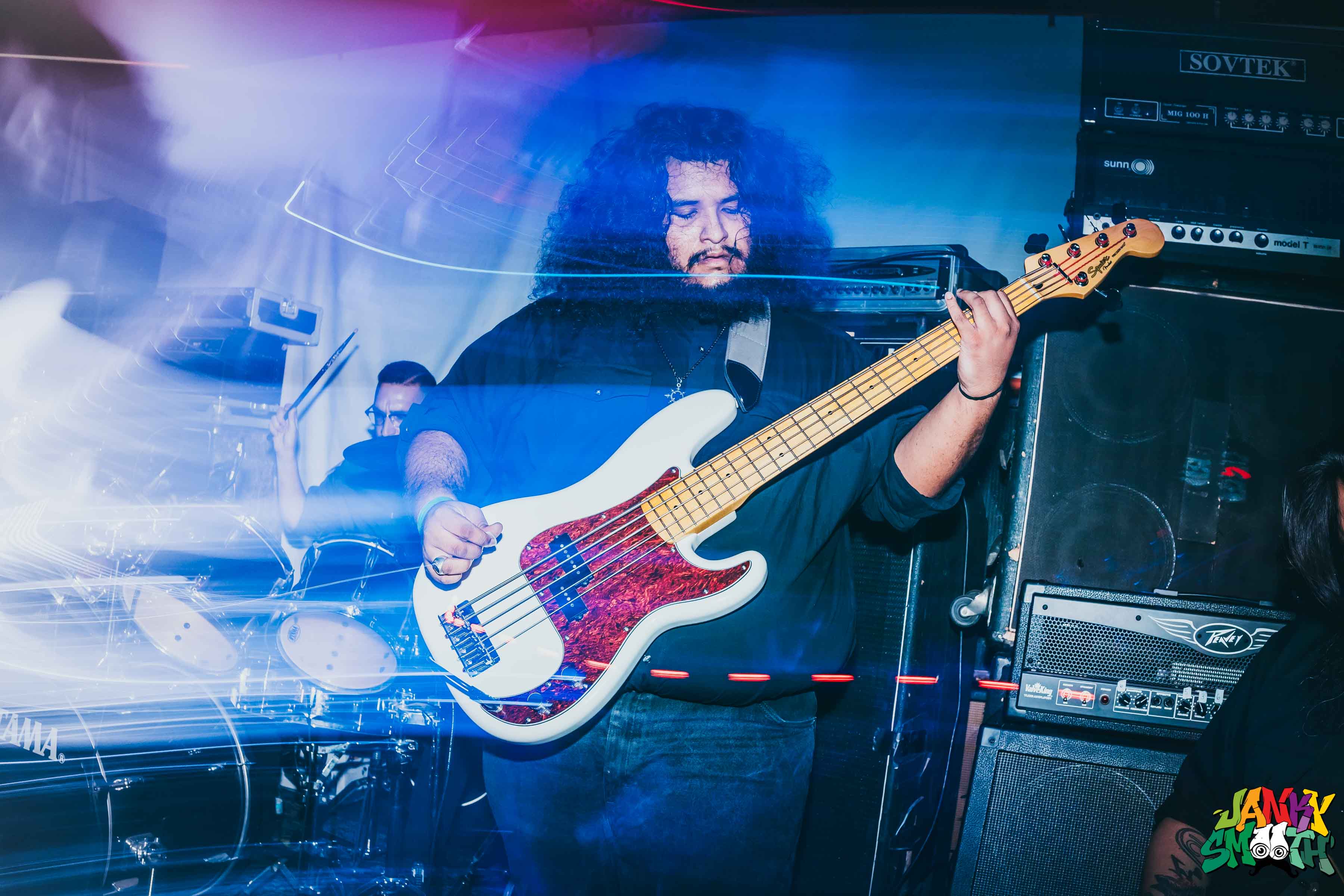 The unique billing of the night became apparent the moment Infernal Coil played their first note: gone were the elements of agony and despair prevalent in the doom of Pendulous, the space now rattled into chaos with a raw, grinding approach to death metal. Their compositions carried an unsettling and sinister chant giving impressions of a secret society gathered to deliver malice and ruin. Gracefully dipping into experimental territory (similar to Portal or Aevangelist,) Infernal Coil manage to display the complexities of their songwriting without straying too deep into the avant-garde. The band, covered in dirt head to toe, spew contempt and disdain toward all things clean and inviting with an assault to the senses countered only by the earthy scent of the dry flora strung from their gear. Despite the intensity and quick tempo, the room never physically erupted into a mosh. Some would say it’s a result of the LA mindset but a strong argument could be had that this is the type of extreme music that demands you listen closely. 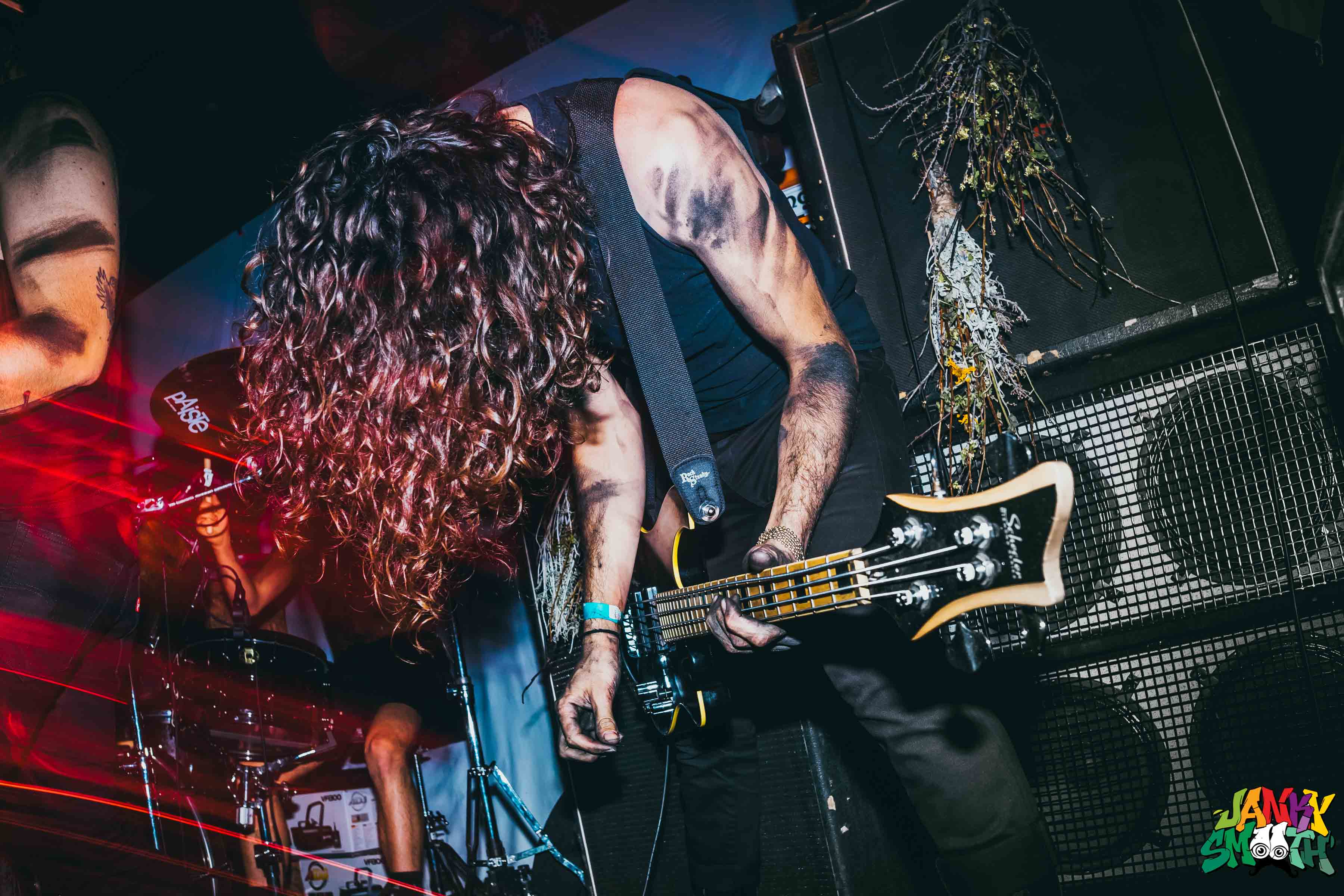 Hailing from France, genre benders Celeste were the next to take the stage and shift the bill once again with a hypnotic blend of sludgy and cold black metal. Ever scathing and hateful, their music also maintains a somber timbre captured beautifully by their performance. Playing in total darkness (save for beacons of red light adorned on their heads) Celeste weave a unique stage presence that separates them from the audience by stripping away the idea the performer should remain in the spotlight and thrusting the audience into a hazy void. It’s strange to say one of the most entrancing performances to be seen is one you can’t really see at all. 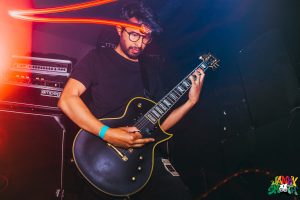 Unlike the vast majority of bands that reflect their names through lyrical themes and album covers, Primitive Man carry their title through tonal suggestion that’s both abstract and entirely direct. Their music is sonic portrait of cavemen fatally bludgeoning the weakest member of their collective – all in vivid slow motion. Each riff is a tank powered by human remains, trudging as slowly as possible over endless piles of more human remains. Unlike the music of Pendulous, there’s no solace to be found here, only alienation. The pure heaviness and tangible pessimism emanating from this three piece in a live setting is truly punishing. It’s easy to find this completely unbearable, but I think the (surprising) amount of the audience that stepped out of the venue for relief on the patio during their set would argue that doing so was a result of Primitive Man executing exactly what they intended.