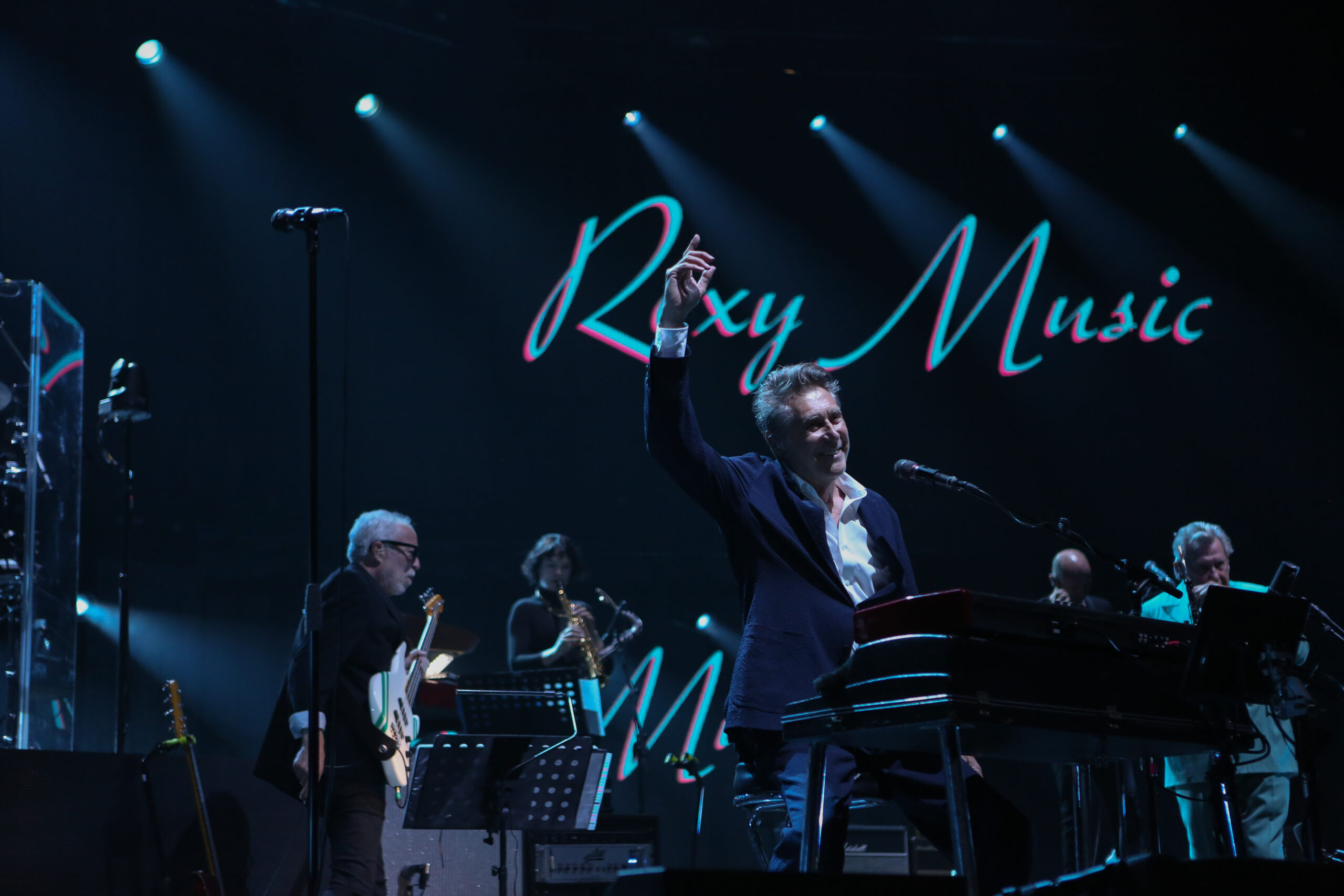 The lasting legacy of Roxy Music is one of soul, style, and groundbreaking experimentation. You can hear the roots of so many different genres just by listening to Roxy Music. They weren’t necessarily setting out to produce so many artistic offspring when they began, they were trying to make music that was close to the heart—timeless tunes to make people dance and fall in love. They certainly achieved this at their 50th anniversary tour stop in Los Angeles at the Kia Forum because there, LA fell in love with the band all over again. It was a tour-de-force performance that saw every piece of the band at their best, slaying on their instruments and having the audience swaying their hips and singing along. Even though we’re far removed from the 70’s and 80’s, this show gave a modern audience a slice of a different time when people have much more style. Roxy Music alone could reinvigorate fashion and coolness for this generation, if we could just tap into Bryan Ferry’s vision more often. The more Bryan Ferry the world gets, the more things will improve, that I can guarantee you. 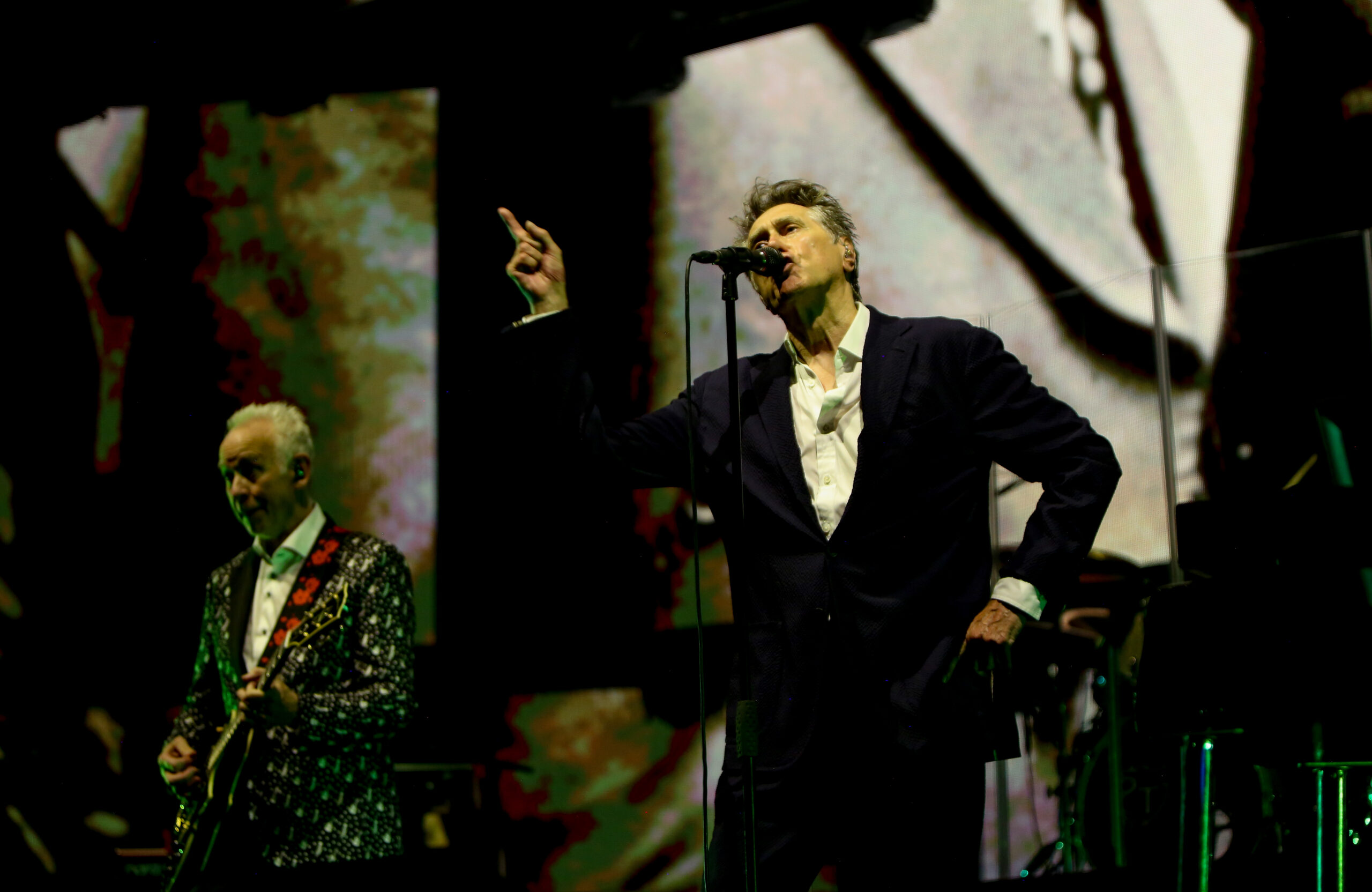 This 50th Anniversary tour was so epic and monumental that the supporting act would’ve been able to play the Forum herself, and that’s St. Vincent, a legend in the prime of her career. She was celebrating her birthday on the day of this show, which must’ve been a powerful and introspective moment for her as an artist, getting to play in Los Angeles with Roxy Music. Her set was phenomenal, shedding new light on pop music by infusing it with so much soul and such profound guitar work. There’s a lot of nuance and meaning behind St. Vincent’s art. She’s dyed her hair a Marilyn Monroe blonde and with it, drenched her performance in Hollywood glitz with an unspoken dark side to boot. 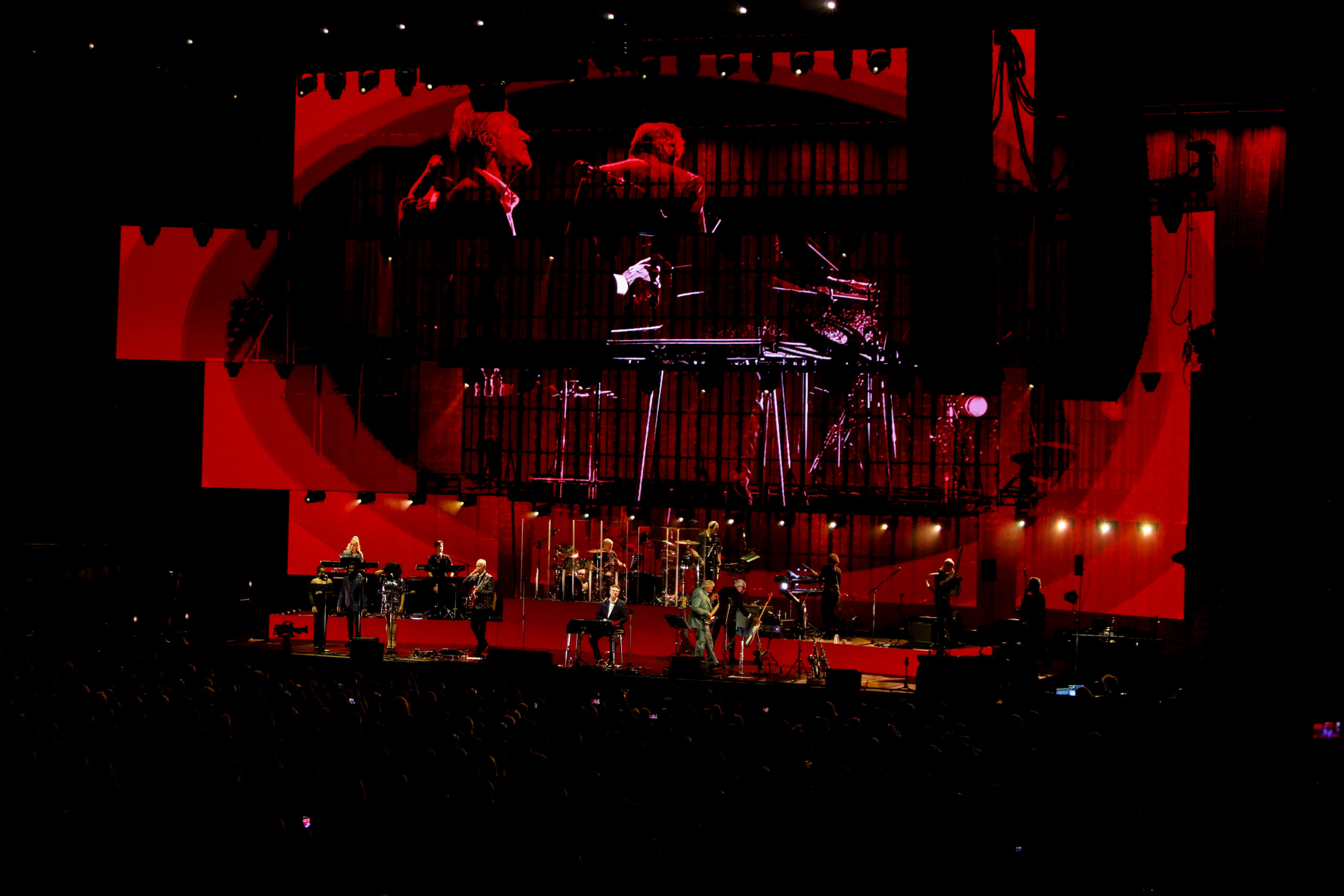 From the get go, as soon as Roxy Music played their first note, a legendary and hallowed quality filled the air, like we were in the presence of true royalty. The stage was filled with an ensemble of players, two drummers, saxophonists, guitars, bass guitar, three back up singers, keys, and Bryan Ferry out in front. Whether seated at his synth or standing, Bryan carried a style and essence that was true primordial punk rock. Roxy Music is made of the energies that birthed punk in the first place, this energy is something outside the confines of normality, in the case of Roxy, it’s a little more glitzy and proper than what we consider punk to look and feel like these days but in its simple refusal to look and sound ordinary, Roxy Music created the milieu from which punk came from. And not just punk but glam and goth had their presences felt throughout the set when the band played songs that balanced sweetness, groove, and sometimes even brooding darkness. 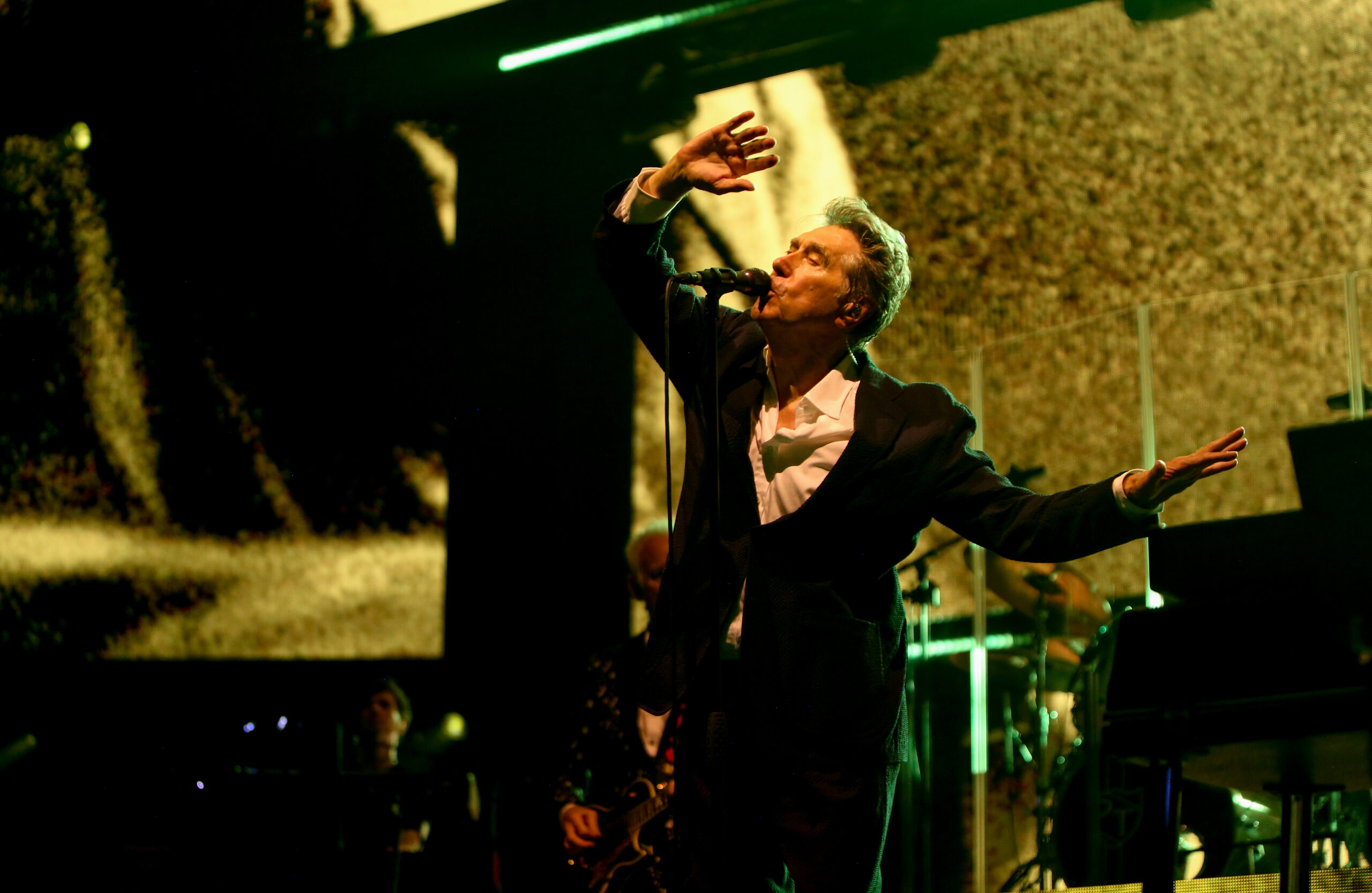 The set was a feast for the eyes and ears, and all night long Bryan Ferry’s charisma and sexappeal were on full display along with Phil Manzanera’s incredible, shredding guitar skills that wailed into the night on numerous tracks. Some of the highlights of the setlist were “Out of the Blue”, “More Than This”, “Love is the Drug”, “Editions of You”, and their closer, “Do the Strand”. Leaving the Forum as the audience gave the band a deafening ovation, I came away from the night with more style and an enhanced sense of place in music. I felt Roxy Music everywhere, in the punk and goth I listen to regularly but also in the simple stylings of every pop and rock and roll star. The things we think look and feel cool have Roxy Music to thank in part. They set the trend first, and where they got the inspiration, no one will ever know, it came somewhere deep inside Bryan Ferry’s beautiful psyche.