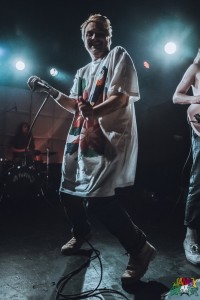 No Parents crushing at The Echo

No Parents, Plague Vendor, No Win and Melted. Its been a while since I’ve covered a show with a line up that actually made sense – not saying that I don’t appreciate a good diverse line up, it’s just been a while.  The Echo was the second stop of a mini west coast tour shared by No Parents and Plague Vendor and it was the perfect fit.

No Win is the brainchild of Danny Nogueiras, who you might recognize from his important percussion role in the earlier days of a little band you might’ve heard before- FIDLAR. That is as far as their association goes though because their sound is quite different, less aggressive, a little more sad? Comparing bands is counterproductive in my honest opinion so lets move on.. I found myself wanting to sing along to “After Your Legs” by No Win, even though I had never even heard it, prior to that night. They played a catchy and chill set and prepared for what was about to take place the following sets. The calm before the storm, if you will. 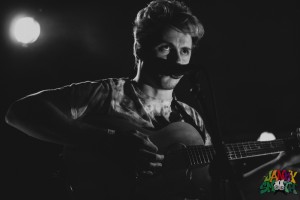 Melted open for No Parents and Plague Vendor

As Melted set up, I noticed that there was a “new Sam” on the drums. I later found out that the original Sam was out of town, so new Sam took his place for the night. In true punk fashion, the set was stopped to read forgotten lyrics on a phone and accidentally unplugging their instruments was a reoccurring theme for the band that night. Aside from a few slip ups here and there, the band was very entertaining to watch. Best part about it was Justin seizure-ing out on stage with face melting riffs and mosh friendly chord progressions. Don’t even get me started on their bass lines. 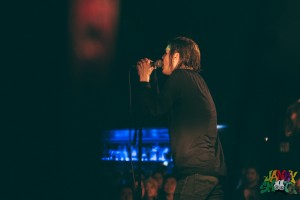 Plague Vendor time at The Echo

Plague Vendor followed Melted with an intense and aggressive set packed with dotted 8th delays and a wall of sound. Frontman, Brandon Blaine did not hold back from taking up the entire stage with his spastic dance moves. The crowd seemed to almost mirror the band’s stage presence as they moshed the night away like it was their last night on planet earth. Their set was original and refreshing.  Most punk bands now a days sound like they’re playing the same song over and over again throughout their set and even though Plague Vendor have a very distinct sound, so do each of their songs, individually. 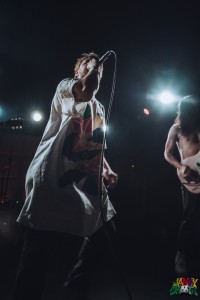 No Parents- unsupervised at The Echo

No Parents stole the show with lead singer Zoe’s humorous way of interacting with the crowd. Alcohol and human beings were being tossed around the dance floor, which is not a rarity at The Echo. I was all the way up front and I found myself struggling to breathe at times thanks to the insane pit No Parents generated behind me and the pushing and shoving that took place during ‘Hey Grandma’. There was a dude in particular who kept trying to crowd surf but he kept landing in areas that were void of people- not a very smart guy but his consistency was impressive, i’ll give him that.

You can catch No Parents at the Observatory’s, Constellation Room in Santa Ana on the 19th of December.  I highly recommend going out of your way to experience the magic of No Parents for yourself.