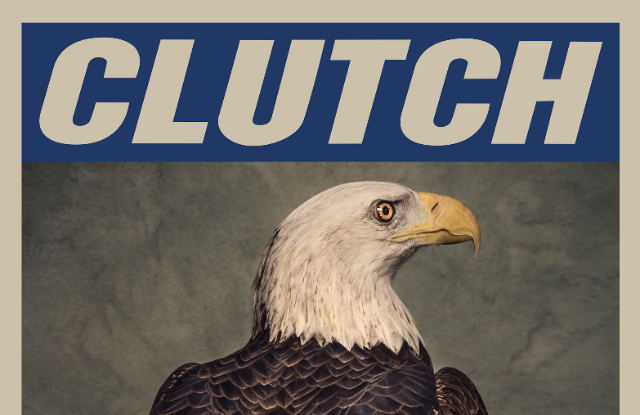 Having just released their 12th studio album with Book of Bad Decisions, Clutch is back on the road to bring their hard rock boogie to a city near you. I spoke to Neil Fallon from the band to get his take on the record and ask him a few questions about the current state of the union. 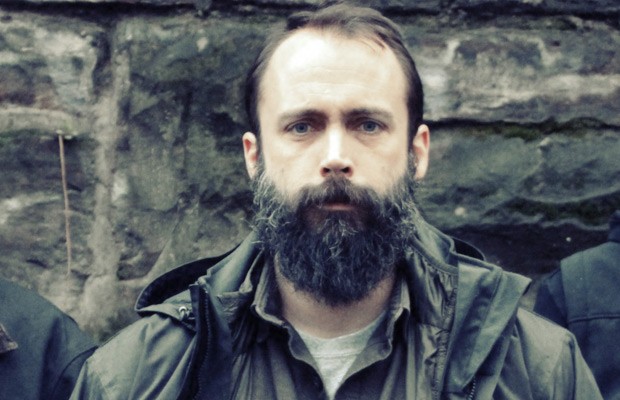 Rob: The fifth track on the new album Book of Bad Decisions is “In Walks Barbarella”. Can you comment on what specifically about that movie inspired you to write a song about it? What other films have inspired your music in the past? Do you consider yourself a movie buff?

Neil: I would consider myself a movie buff. That song I wrote as part 3 after “X-Ray Visions” and “Firebirds”. To me one of the most iconic female sci-fi figures is Barbarella. Yeah, it’s a campy movie but growing up in the 70’s and 80’s reading Heavy Metal magazine, that’s sort of a preoccupation of mine that I’ve carried on into later-life.

Rob: You mention “Weaponized funk” in the song and I was wondering with George Clinton retiring from touring this year and because I’ve seen you wearing Parliament Funkadelic shirts, how has P-Funk inspired your career?

Neil: I remember hearing Funkadelic’s record the first time. That’s one of those records I remember exactly where I was when I heard it. The horn section on that song (“In Walks Barbarella”) kind of came later, that was Vance Powell’s idea but Funkadelic and Parliament were bands we listened to right off the bat. We were particularly drawn to Funkadelic because they bridged the gap between funk and rock and could be argued are the originators of it.

Rob: Have you ever thought about expanding Clutch either on record or for a live show to a full band with horns, piano, etc?

Neil: It’s a cool idea but is logistically challenging. We’d like to have that horn section for that song but at this point, we’d rely on local musicians. Without an album’s worth of music like that, it doesn’t warrant the expenses of carrying a road show. We’ve done similar things in the past where we had an organ player and a harp player and that’s cool but as John Paul describes it, it can be like a sonic trampoline, where you add too many ingredients to the pot. Having said that, I’ll never say never.

Rob: “Emily Dickinson” is my favorite song on the album. What about her literature inspired you to write about song about her?

Neil: The first thing that inspired me is that iconic photograph of her, I think there’s only a handful of them out there, like two or three. The song is just as much about her as it was about our time in a farm house in West Virginia. I always had this vision of seeing a Victorian woman looking out the window and to me that’s the most iconic photograph of an American Victorian woman. Even though she was incredibly reclusive, what she did was so controversial and rebellious in a lot of ways. I always thought she was such an intriguing character, so little is known about her outside what she wrote because she was so reclusive and I find that so intriguing.

Rob: The album as a whole is very politically and historically conscious with songs like “Spirit of 76” or “How to Shake Hands”. What role can music serve to bridge together the divided sides in our country?

Neil: Forgetting about the here and now for the moment. That’s one of the great things about live music. You almost forget who you are, where you are, and when you are in those moments and suddenly everybody’s equal because they’re listening to the same beat and melody. I try to thread the needle carefully, I didn’t want to make the lyrics to be too contemporarily specific but it’s important to think about things in a broad spectrum and pretend you’re fifty years in the future asking what are we gonna say about this time in hindsight.

Rob: America sort of began as a political experiment in self-governance that emboldened the sovereignty of the individual. Do you believe we have retained the authenticity of that experiment?

Neil: That’s a heavy one. Yes and no. As technology progresses, we may have the illusion of being independent but we have become much more dependent on each other because of our reliance on technology. I don’t know many people in my neighborhood who given the circumstances, and this includes myself, could build a cabin in the woods and subsist off the land. Of course there are many people who could do that but even in those times, I think we tend to romanticize that.

To raise a barn requires the whole village to get together.

It’s hard to speak on since we’re so knee-deep and over our heads in our technological development and our ideas of what the country should be are colliding all at once. It used to be a much slower process now it’s instantaneous, sure everyone can speak their mind and that’s great but at the same time it can be very cacophonous. 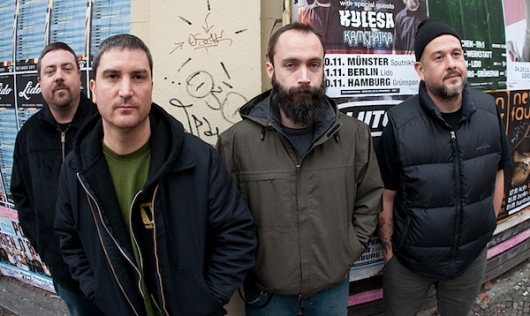 Rob: Which Clutch song would be the best campaign song?

Neil: Hopefully not “Book of Bad Decisions”. Campaigns tend to ruin songs, every time I hear Fleetwood Mac’s “Don’t Stop Thinking About Tomorrow” all I can think about are the Clintons and Tipper Gore dancing on stage. So, maybe we should just say none of them. Hands off!

Rob: Because you’re from D.C., would Clutch ever consider playing in front of the White House as Fugazi once did to protest the Iraq War?

Neil: I guess It would depend on the circumstances. I make it a point never ever to say anything political on stage because like I said earlier, I think a lot of the power of live music is forgetting about the here and now. And there’s plenty of artists that are very political, I’ve done it myself individually, but it would really depend on what is happening.

When we grew up, we saw tons of shows that were framed as a political statement or protest and that was great but at the same time, I think we suffered a bit of burnout because it was all pervasive, all the time. But I do acknowledge that being able to do that is a great thing because there are plenty of countries where if you tried to do that, you’d get your head split open.

Rob: With your upcoming show to support Book of Bad Decisions at El Rey October 12th, what are some cool Los Angeles stories you have?

Neil: The most L.A. thing I ever saw was on a day off, I was walking along the House of Blues on Sunset and saw Phil Campbell from Motorhead driving down the street in a bright white “Gatsby 1928 automobile” with the top down and on the front, it said “Lord Ax”. It looked like an album cover. Now that I think about it, I once went to the Kibbutz Room and saw The Chambers Brothers perform for a room full of twenty or thirty people. It was so surreal, it was like something out of a David Lynch movie. I loved every minute of it.

Rob: One of the most interesting interviews I’ve heard you give was on Info Wars (in 2009). Do you have any opinion on the de-platforming of Alex Jones?

Neil: These are private companies, they can do whatever the hell they want. Was it a coordinated effort? I don’t know. You can only spit out so much venom without expecting people to push back. Twitter, Facebook, and all those things, we’re still trying wrap out heads around them. Are these public commons? Or do they still fall under the guise of private companies? But there’s always an outlet, people can always express themselves.

Rob: If you had one piece of advice that people could use to not make as many bad decisions what would it be?

Neil: Think logically and not emotionally. I think emotional decisions are almost invariably incorrect. Especially now, it’s important to slow down and listen more than speak and try to arrive at a logical conclusion. The older I get, the more I realize listening and logic are two vital tools in arriving at the best decision that you can. They’re never perfect but you can try to hedge your bets.

Clutch are currently on tour and are coming to El Rey on October 12th with Sevendust. Tickets to the show are available here and you can buy their new album “Book of Bad Decisions” here. 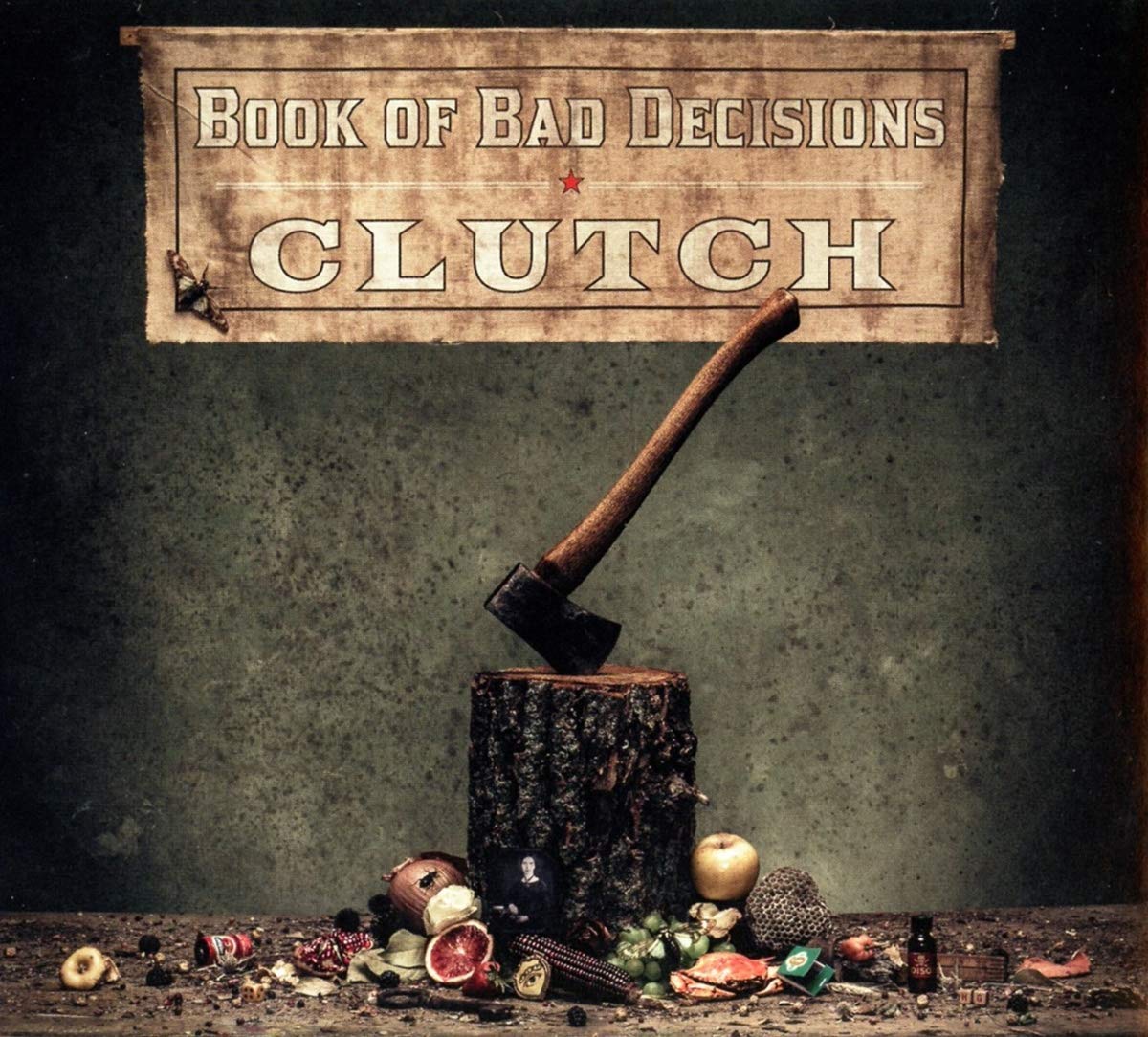