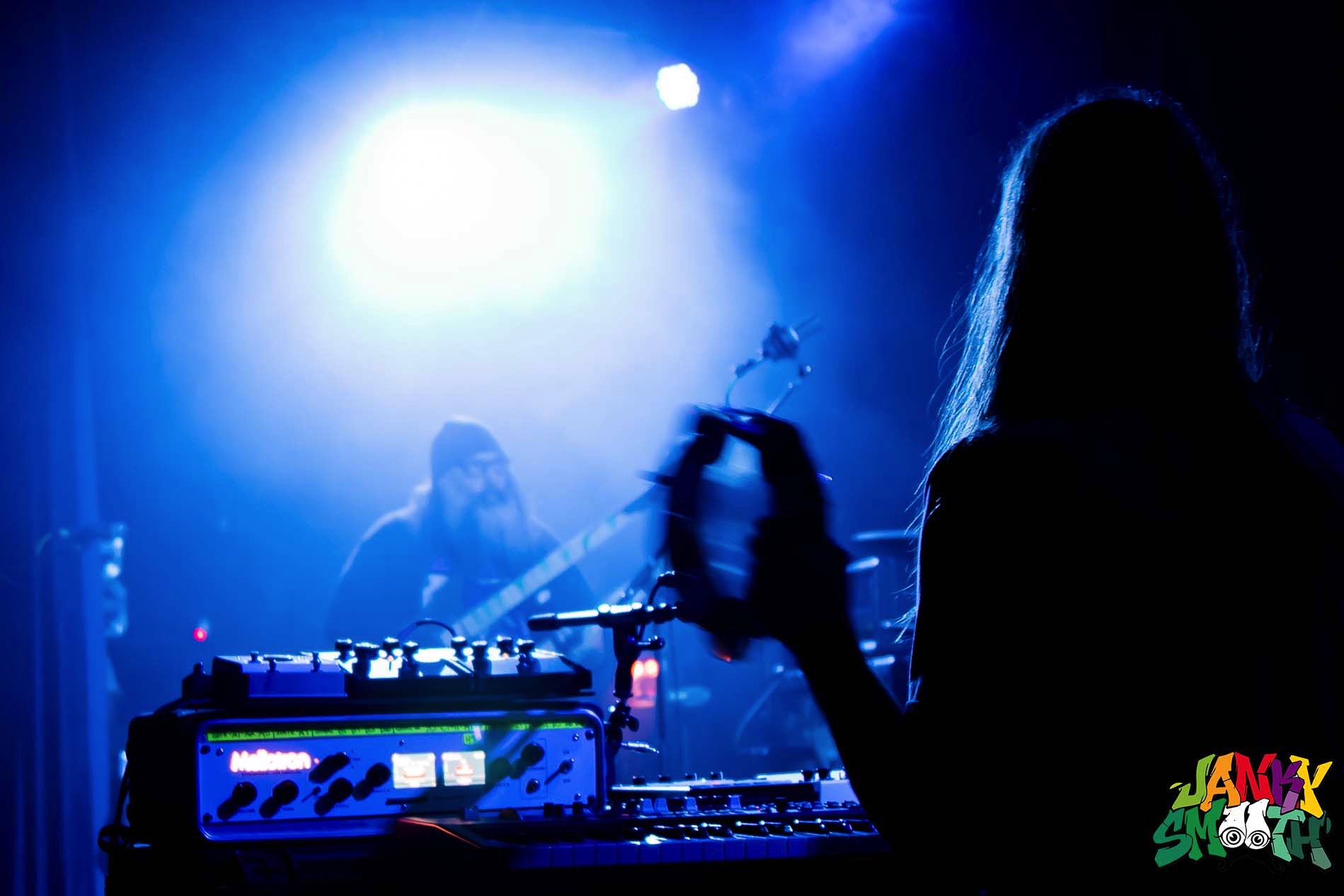 What doth God have to do with doom metal? Is there a spiritual element to a musical genre so heavily associated with demonic and satanic imagery? In the eyes of Om, absolutely. At the heart of a riff, at the very core of that vibration, there is a spark of God in every note. There is no more sacred a space to explore such ideas as the holy Lodge Room in Highland Park, and there is no more appropriate a state of mind to discover the truth about the spiritual nature of doom metal than on a little bit of indica. 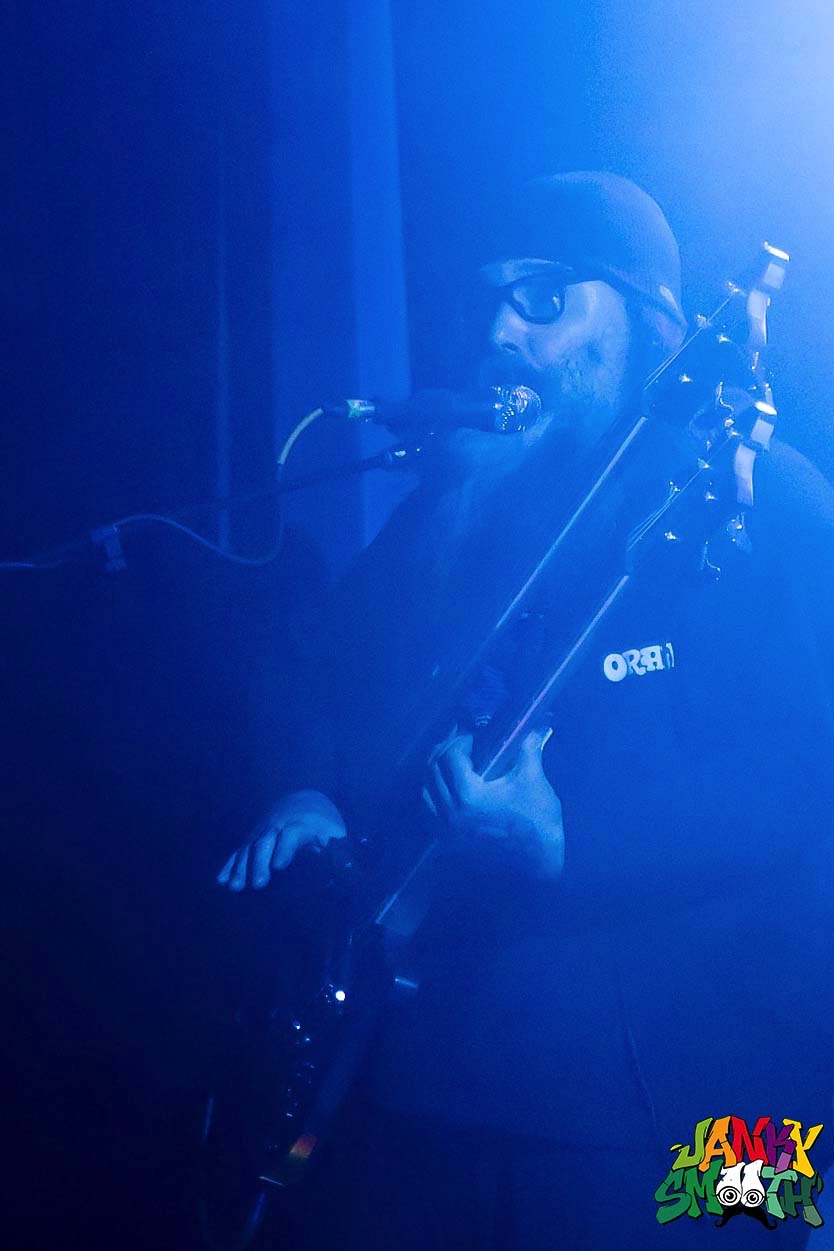 In my younger years, I used to smoke a hefty amount of flower, in the hopes that derangement of the senses would allow for unique artistic output. What I discovered through marijuana was a spiritual space within myself, a sort of link to the collective unconscious, an information super highway for all human truth that connected every being on this planet to a warm and golden source. In other words, marijuana connected me to God, the same way it did Bob Marley and every other stoner that every smoked a doobie then put on Sleep’s Holy Mountain. 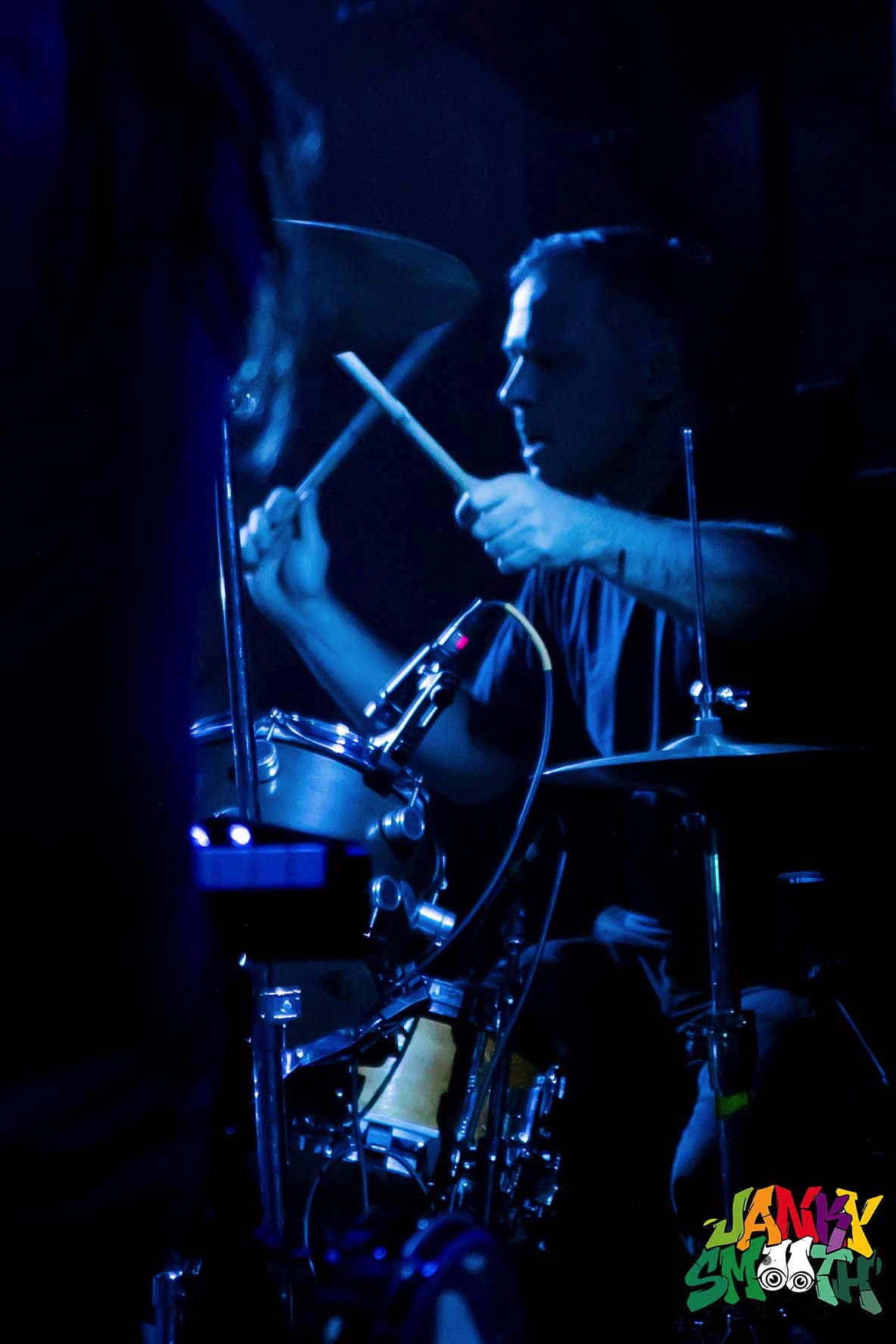 Sleep was always the quintessential stoner metal band. However, as those performances become more rare, it’s important to see the music of both Al Cisneros and Matt Pike in their side projects. Having seen High on Fire many times, I was stoked to finally take Om off my concert bucket list with their two night stint at the Lodge Room. Both bands focus more heavily on spirituality, but Om goes all in on, with a serious bent on marrying their sound with Orthodox Christian imagery, without even subverting it like Batushka. I wanted to investigate Om’s connection to religion, relying solely on their music and performance.

Opening the show was instrumental two-piece known as Zombi which used drums and synths to take you on a rollercoaster ride of vibes, making you feel like you’re on an epic quest with video game sounds one moment then miring you in wild flourishes of noise the next. Both members showed chaotic, untamable virtuosity on their instruments. The noise they made carried a certain radioactive or toxic quality, you felt covered in a glowing slime, as if the sound could drown you and you’d come out some sort of mutant Swamp Thing or Toxic Avenger. I figure that’s why they call this music Zombi, it transforms you after a show. 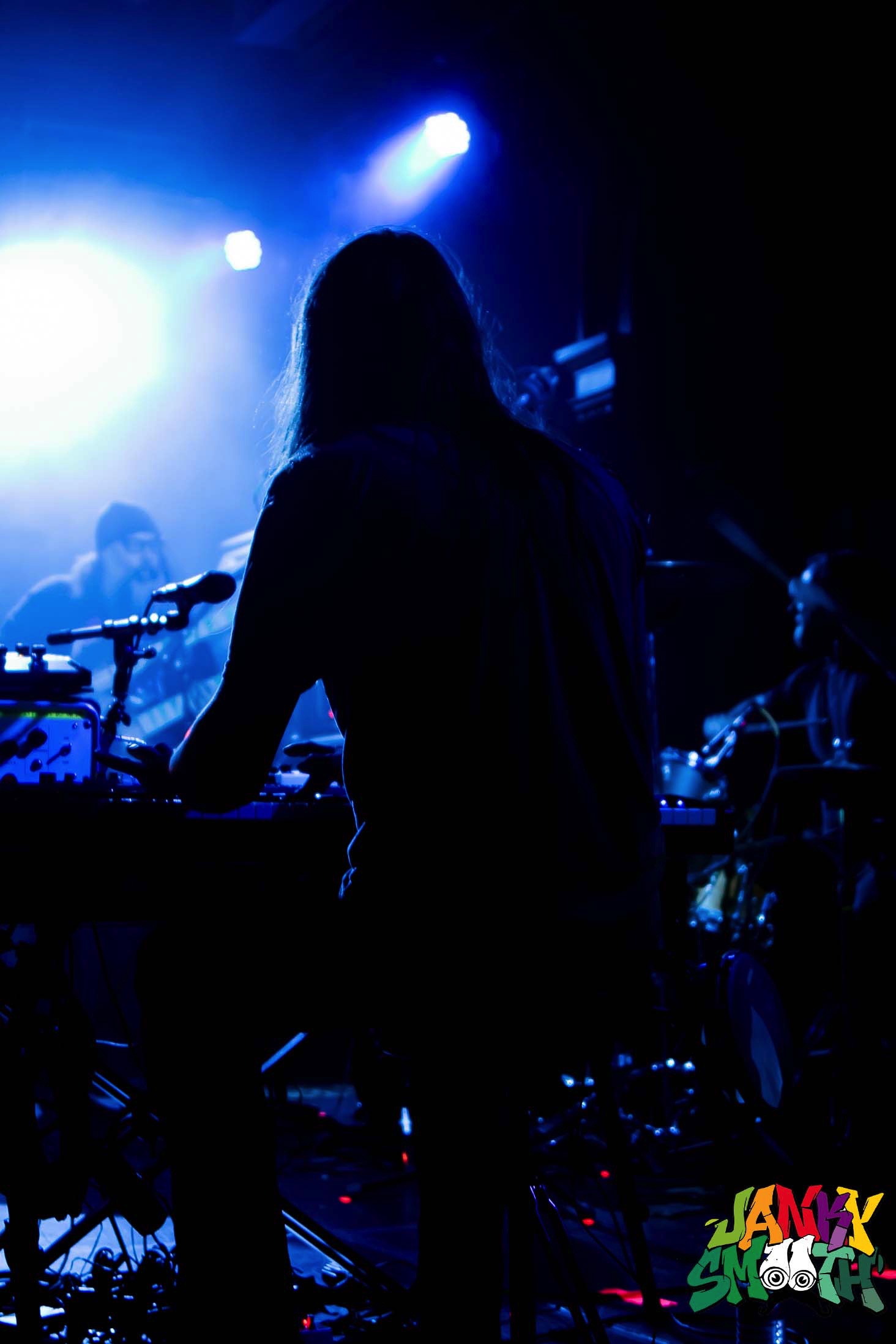 Om is a doom metal three-piece with Emil Amos on drums, Al Cisneros on bass, and Tyler Trotter on synths. Instead of a guitar, the synths create a groove, melody and mood that often crosses into old world music, almost medieval sounding, to really drive home the orthodox religious atmosphere. My first take-away from the band is that Al Cisneros has found a way to utilize the bass like none of his peers. He’s effectively made the bass the leading instrument in doom, a genre where the guitar is usually the lifeblood and soul. The drumming then connected the bass and synths to wrap the sound up into a tight, sensical bundle that made it all stay true to rock and roll.

Om is the sound of the universe. A universal mantra encompassed in a perfect circle. There is psychology behind every sound, the way “Ma” is such an elementary word derived from a mouth suckling upon a nipple, Om is the a verbal representation of a hallowed space. It’s a sacred tone. Can a band possible recreate that universal mantra within a jam? Om does so but not by droning-on with old fashioned doom but with a rhythmic, grooving rock and roll sound with Jesus behind the wheel.