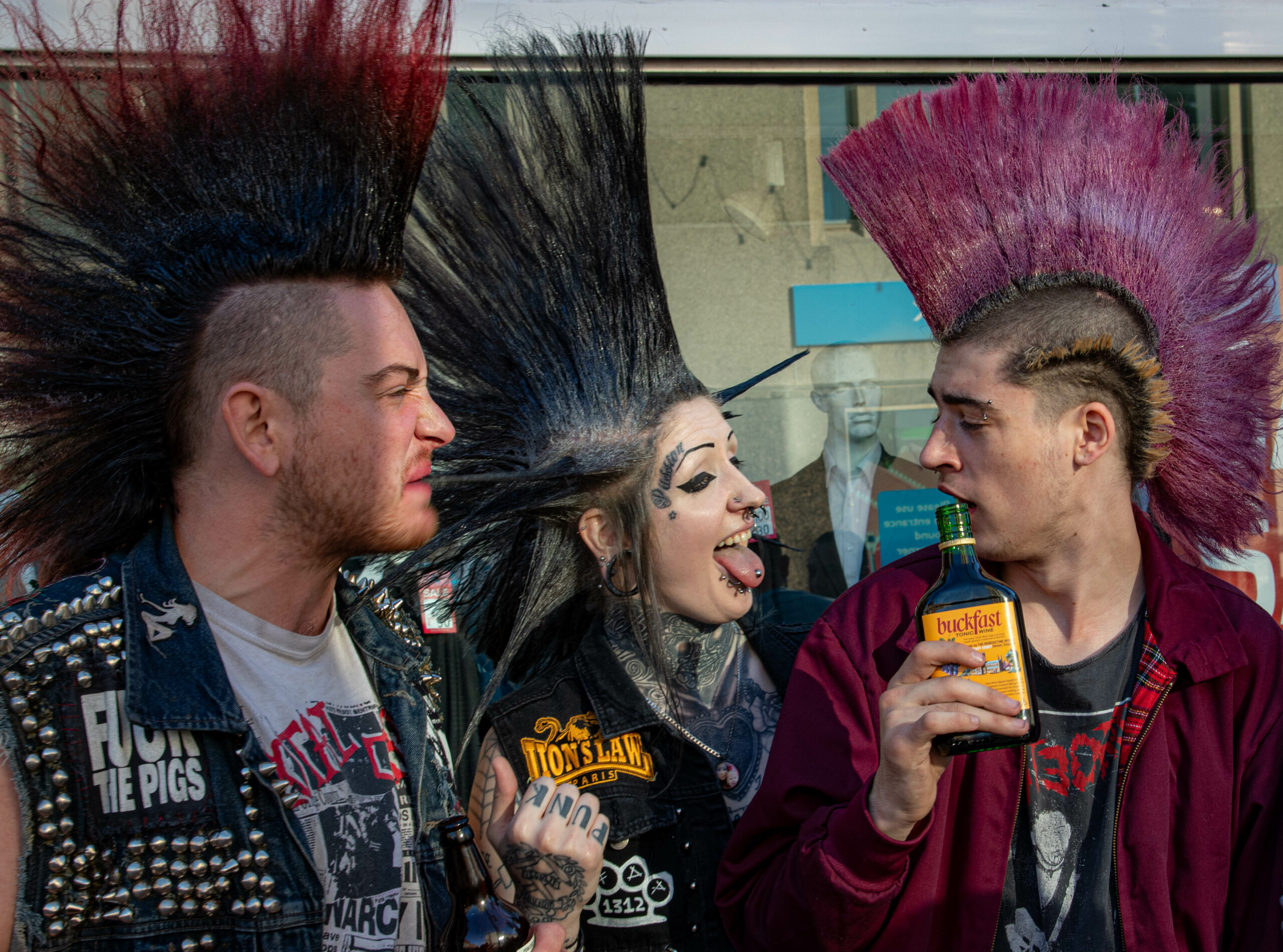 Words and Photos by: Dickslaughter.com

Pack your swimming costume, a case of Buckfast, and the kids–we’re headed to Blackpool, UK for Rebellion! In case you haven’t heard of the Rebellion Festivals–yes, it’s Rebellion Festivals, plural, because there are many separate festivals going on at the same time–buckle up. First, there’s Rebellion inside the Winter Gardens entertainment complex, which is like a giant fancy convention center that you’d think any punk would be turned away from before he even reached the door. It’s really quite posh, with theaters, bars, cafes, an art exhibit and tons of other elegant shit. Then–new for 2022 is R-Fest, the outdoor stage “slap bang outside Blackpool Tower” with a lineup of 30 bands and room for another 15,000 punks and their offspring. Think Punk Rock Bowling on 2 handfuls of steroids washed down with a bottle of Buckfast. Buckfast, for those of you unfamiliar with this magical concoction, is a caffeinated wine made by monks and drunk by punks. It’s the unofficial official beverage of the Rebellion Festivals and it tastes like ass, but it gets the job done. I mean, when you’ve got almost 300 bands to see over 4 days, you’re going to need a little help. 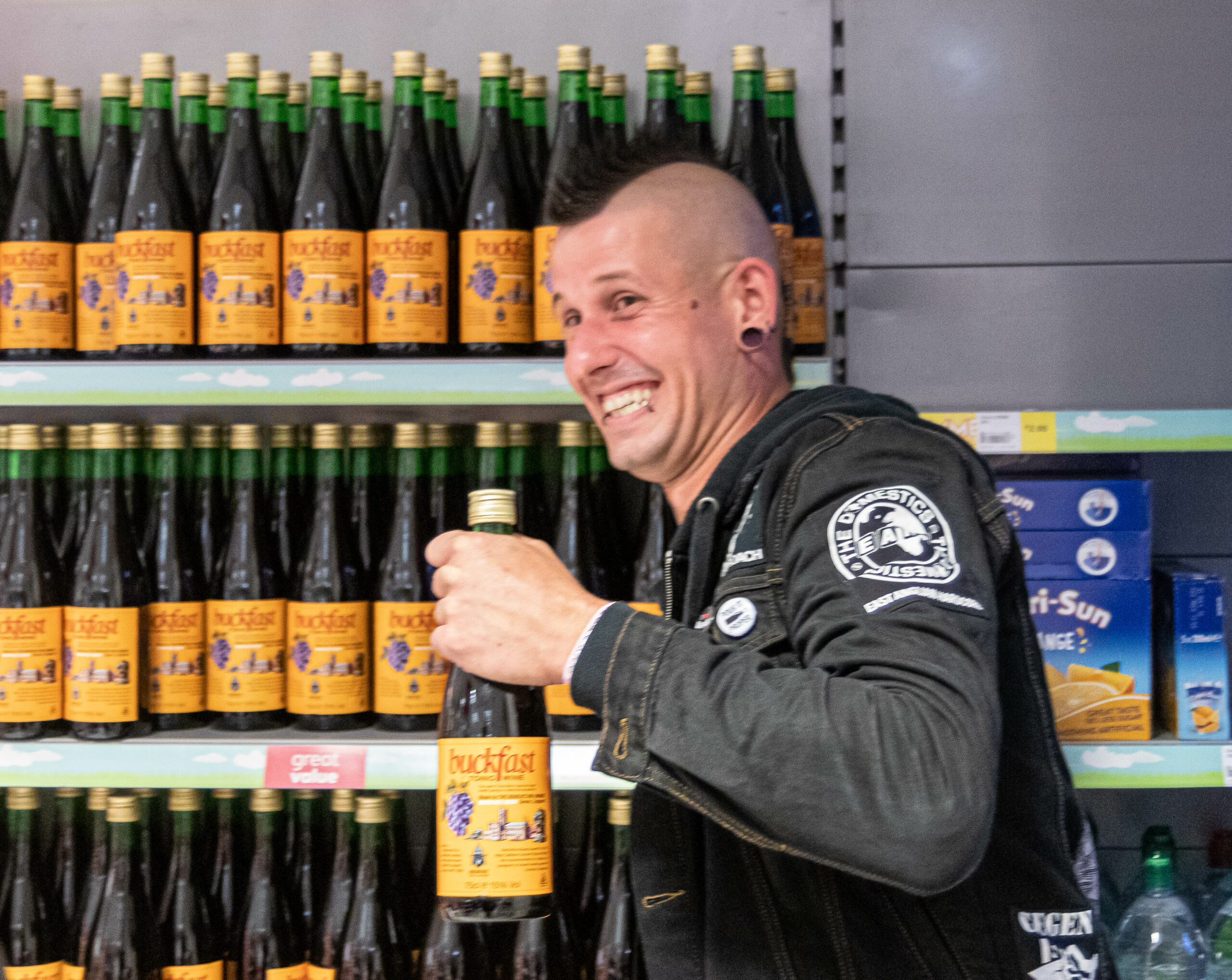 The Rebellion Festivals is by far the largest punk gathering in the world, hosting almost 300 bands, countless vendors, artists, lectures–and believe it or not, it’s fun for the whole family! Really! Kids under 12 are free, and it’s like a wholesome Holiday in the Sun for Punk Rock families. For others, myself included, it’s four days of drunken Punk Rock debauchery. But it’s also a chance to catch up with old friends while having a lovely 4 day weekend seaside. You can take one of the many Cinderella-style carriages up and down the promenade, enjoy some fish and chips, perhaps go to the amusement park on the pier. It really is Punk Rock Disneyland. The town of Blackpool is known for its sandy beaches, numerous conventions, concerts, and as one of the best places to hold stag parties and hen-dos in the UK. But for this 4 day weekend, it turns into Punk City–like a giant Shriners convention but instead of fez’s, they’ve got mohawks.

What about cops and British Karens trying to ruin all the Punk Rock shenanigans? Have no fear–the Rebellion Festivals have a long history with the town and everybody loves them. Blackpoolians love the Punks, and vice-versa. 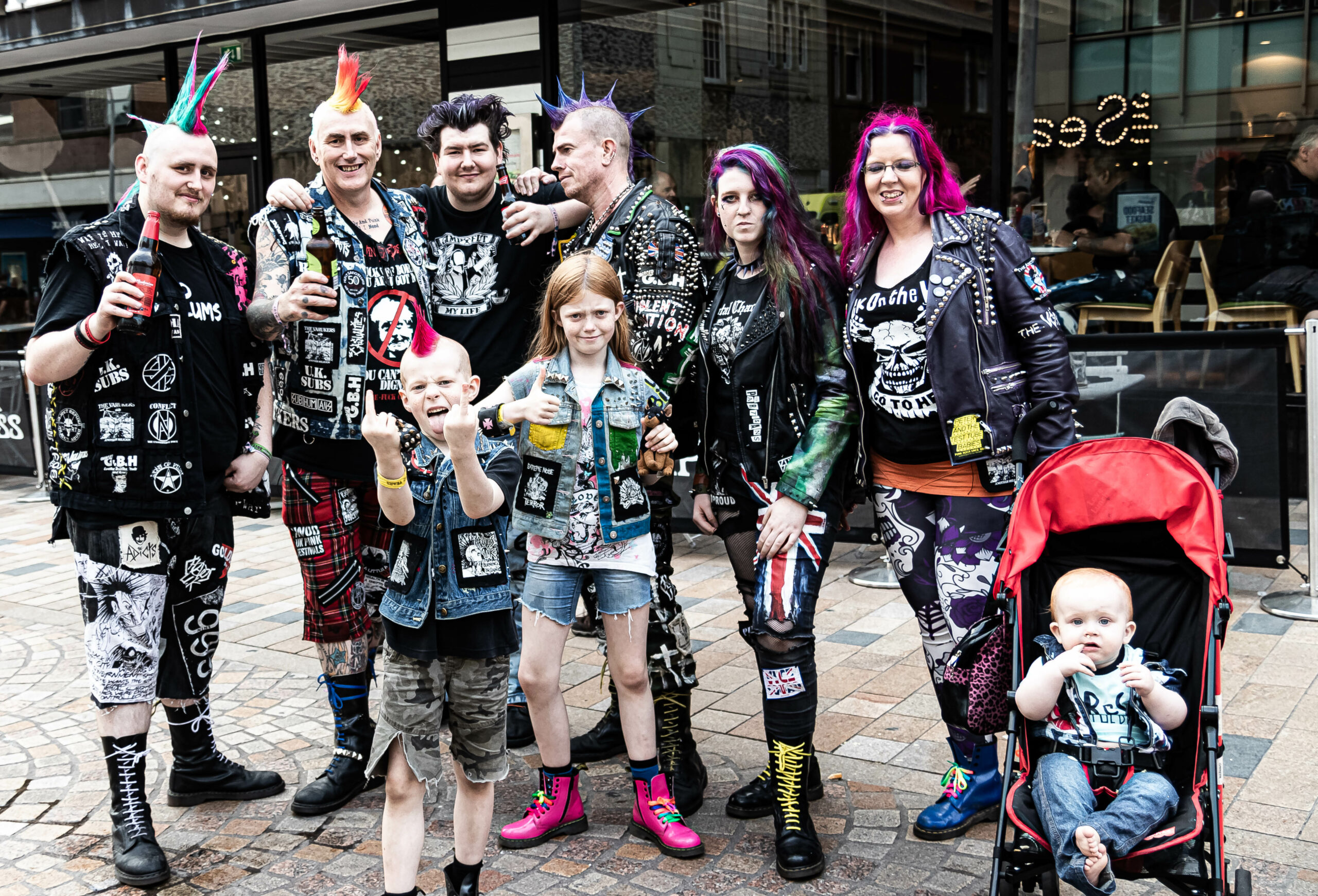 But enough rhapsodizing about the glories of Blackpool. Who is playing? Turns out–pretty much everybody except the Dickies. It’s the one thing that Rebellion has in common with the Warped Tour. Actually a lot of the American bands are not in the line up this year, not just the Dickies, including the Adolescents, the Vandals, and T.S.O.L. As an old geezer punk who’s been around since the early early days, I can say it’s probably not the first time some of these guys have been scared of the Germs (if you know what I’m saying?) And considering that we’re now all old as fuck, better safe than sorry, as if they get that Covid that’s it for them. They will all be missed in Blackpool but I would rather see them all next year or here in the States than not at all. So let’s get down to it.

Number 1 for me is Steve Ignorant’s CRASS set. Poor Steve. He’s said, “This the last time I am going to play CRASS songs,” like 20 fucking times. But every time he tries to stop, we all piss and moan that we love the songs and he is such a softy that he gives in. I know what you are thinking, I was one of those “he should not play these songs guys” too at first, but when I saw his show in Pomona on the LAST Supper tour, and they had the old photos of all the old punks from back when we were all so young and handsome, and all the old Skinheads got teary eyed and all the songs sounded incredible. It was one of the greatest shows of my life. Those songs influenced people’s lives for the better and I am so glad he is playing them. Steve is also playing with his punk-folk band, Slice of Life. It’s completely different from anything he’s done in the past and it’s really some of his best work. Definitely worth checking out. If you get the chance, also catch his interview on the literary stage. Second on the must-see list is Bob Vylan. If you haven’t heard of him, you will soon. It was just announced that he’s gonna open for Amyl and the Sniffers on their US tour. Vylan’s music is a punk hip-hop cross with a hard edge that makes you want to jump up and down. 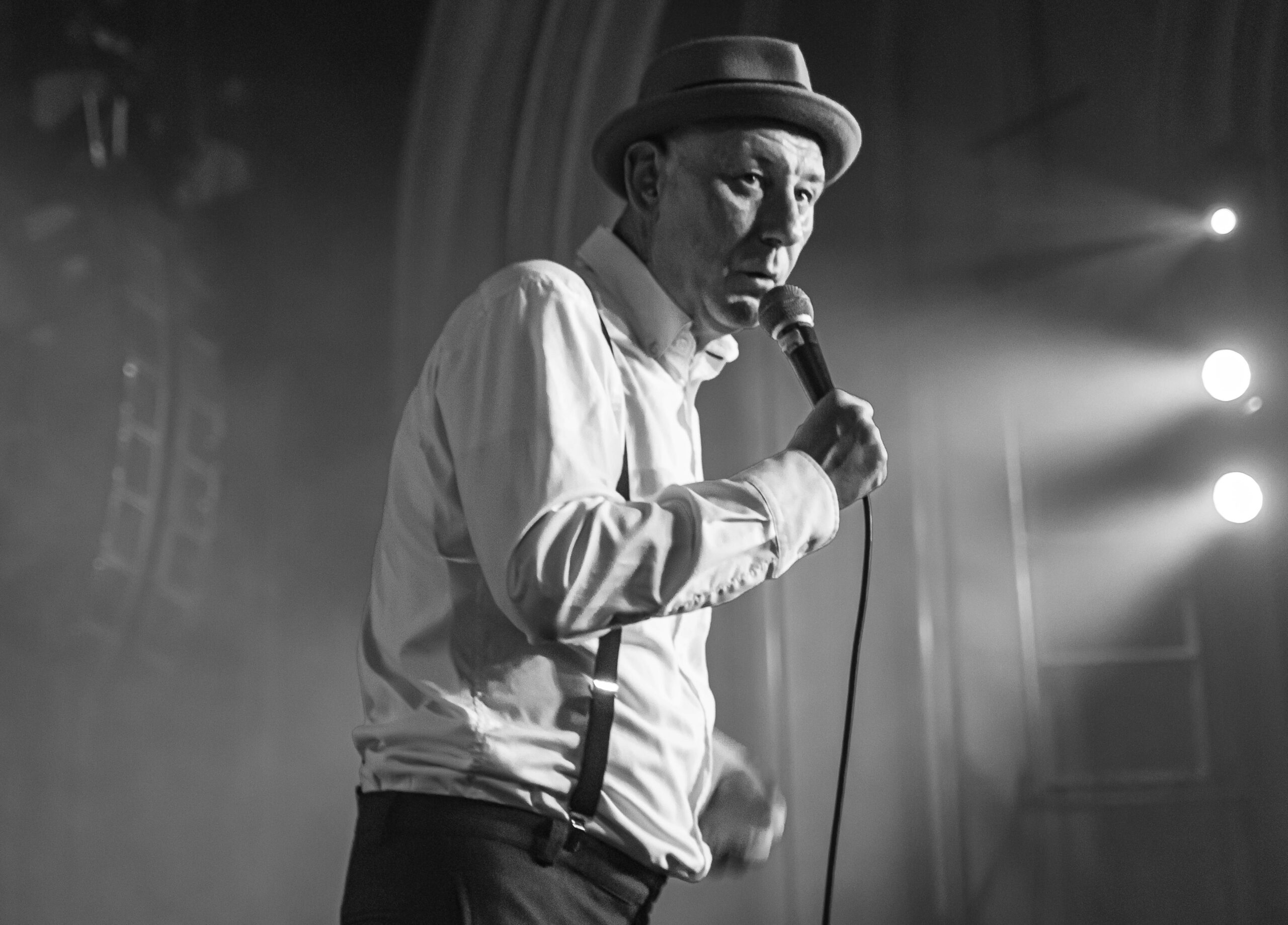 Of course, I can’t miss my fellow Yanks who have never been afraid of the Germs. The Circle Jerks and Bad Religion are playing together on Thursday. You also have The Levellers, Hawkwind, Misty in Roots, DeadZone and one of my favorites, Beans on Toast on The R-Fest Stage that are all must-sees. High on the list along with the Circle Jerks and Slice of Life are the Bar Stool Preachers, Peter and the Test Tube Babies, Dirtbox Disco, ANTI-FLAG, Pizza Trap, Radical Dance Faction, plus a shit-ton more.

My Friday starts at 12pm with MIGRANA SOCIAL, a hardcore band from Mexico City that blew me away the last time I saw them at Rebellion. High energy hardcore where nothing is lost in translation–they are fucking great, I’ll end the evening with The Stranglers, but in between we have The Undertones, fucking SHAM 69, Steve’s CRASS set, The SUBHUMANS, The STUPIDS, The RAMONAS, a HE WHO CAN NOT BE NAMED acoustic set and the lovely and talented Carol Hodge, along with a bunch I’ll try to catch in-between. 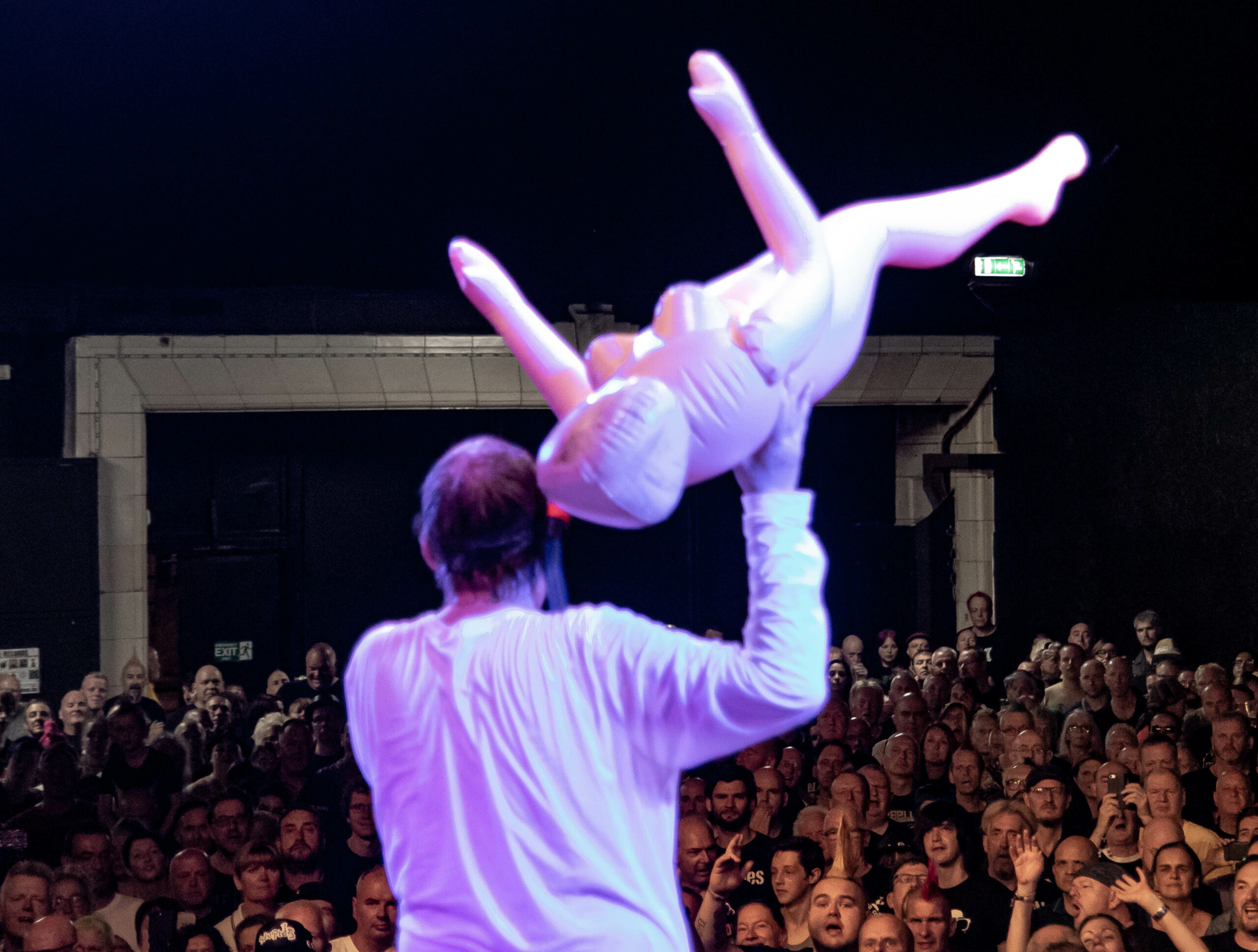 Saturday is gonna be a long day: I’ve got Bob Vylan at 1:15am on the After Dark stage that is a must. R-Fest has Gary Numan and Peter Hook at the Light headlining. Over in the Empress Ballroom are the Cockney Rejects, the Last Resort and 999. And at Club Casbah you have MDC, DISCHARGE, GBH and Special Duties. I also want to check out the RUMKICKS, an all-girl group from South Korea. Somehow I also need to see DEAD 77, The RABIES BABIES, and the Pop Will Eat itself interview. Sunday’s can’t miss list is easy: STIFF LITTLE FINGERSand the BUZZCOCKS are on top, also you got the UK SUBS. The DC RUTS, RESISTANCE 77, CONFLICT, the CRO-MAGS, and maybe at the end of the night, calm down with a little SQUEEZE. It’s going to be incredible. So–see you all in Blackpool. If you want to jump on that plane and go to the Rebellion Festivals you still can–there are some tickets available for both Rebellion and R-Fest. My sources tell me that they are running out of tickets fast, but my sources can’t always be believed as they are drunk on Buckfast. But I would still get my tickets now. You can purchase tickets to Rebellion fest here. 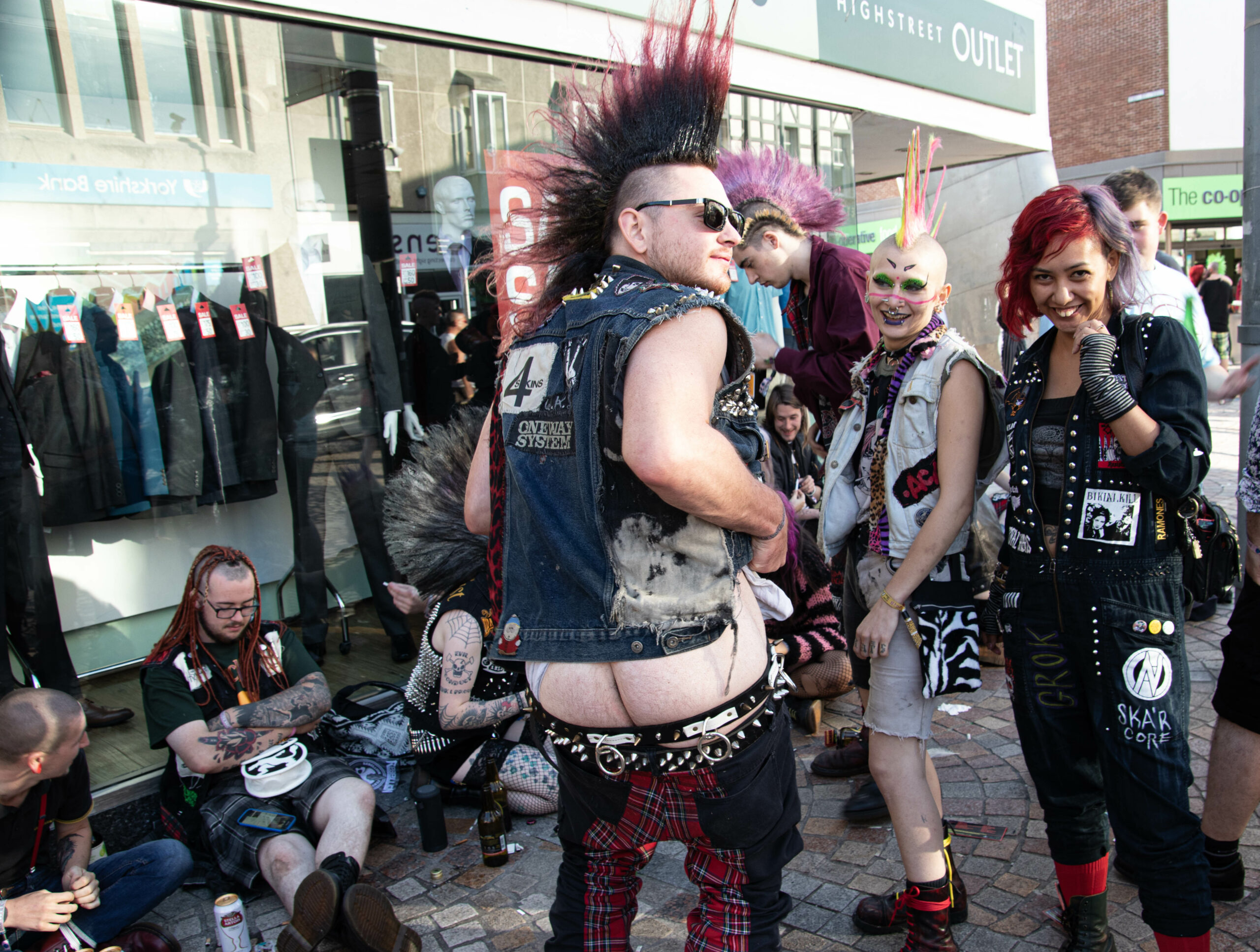