The Echo was decorated with pinatas and streamers with the words “El Perdedor” in metallic mylar balloon across the top of the stage for the release party for Santoros 3rd Album.  Initially, the crowd was thin and only about a quarter of those in attendance by the end of the night were present for the opening sets. That didn’t seem to dissuade.Cigarette Bums, who took the stage as the first set to play songs off their new record due next month on Lolipop Records.

The most outstanding quality of Cigarette Bums is how well-rehearsed their live sets are and the stoic, yet enthusiastic stage presence they exude. Musically, the band is driven by steady percussion with an upbeat tempo, giving the impression of the kind of band you wish would’ve played your high school prom, which seemed to be the theme for the night. There is a sense of urgency in the performance in a sense that they simply cannot wait to share their music with the audience. “We just love to play with our friends and we want to do that as much as possible”, says Steven Carrera, frontman of Cigarette Bums. Steven went on to tell me, after I remarked on the continuity of the set and inquired about how much rehearsal experience they had as a group that the the band had given an impromptu performance that night.

“I was really fortunate to meet Steve…” says Austin Ash, the band’s drummer who moved from Madison, Wisconsin to pursue music, “…out here everybody needs a drummer, apparently.” Still, incorporating the talent contributions of friends is important to Cigarette Bums, says Steven “The idea is that we are the Cigarette Bums and you can be too.”  The group excitedly recounted how they had once recorded a song with 17 people on a single track. Cigarette Bums will be playing in the Bay Area in February before making their way down to SXSW in March. They are hoping to go on what will be their second cross-country tour within the upcoming year. Gradually, the venue began to fill up and the crowd mulled about for the duration of the next two sets. Cutty Flam played an All-American rock set with a sound and look akin to Buddy Holly, with a dreamy quality that they call “Prom-Punk.”  The namesake of the band, lead vocalist, Cutty, also the band’s drummer, gave a multi-dimensional aspect to the three-piece band’s old fashioned sound and block party vibe. Overall, a very suave performance from Cutty Flam, who seem to truly love the audience’s positive response. 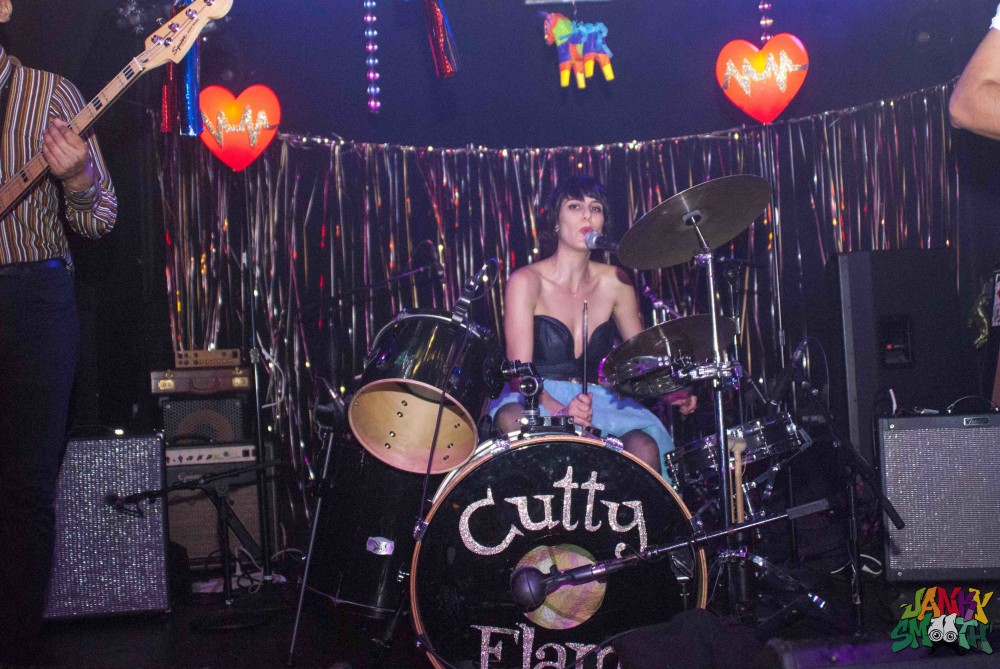 The name of Santoros’ latest release, El Perdedor roughly translated from Spanish, means “The Loser.” After almost a decade of playing together as a band, they have been through all manner of trials and tribulations along the way to producing this third album.

“We used to be seven and now we are five,” Santoros vocalist Jossef Virgen reports, in reference to the loss of several band members over the last few years. I caught up with the group after the show in hopes that they would have some insight to provide for their fans. 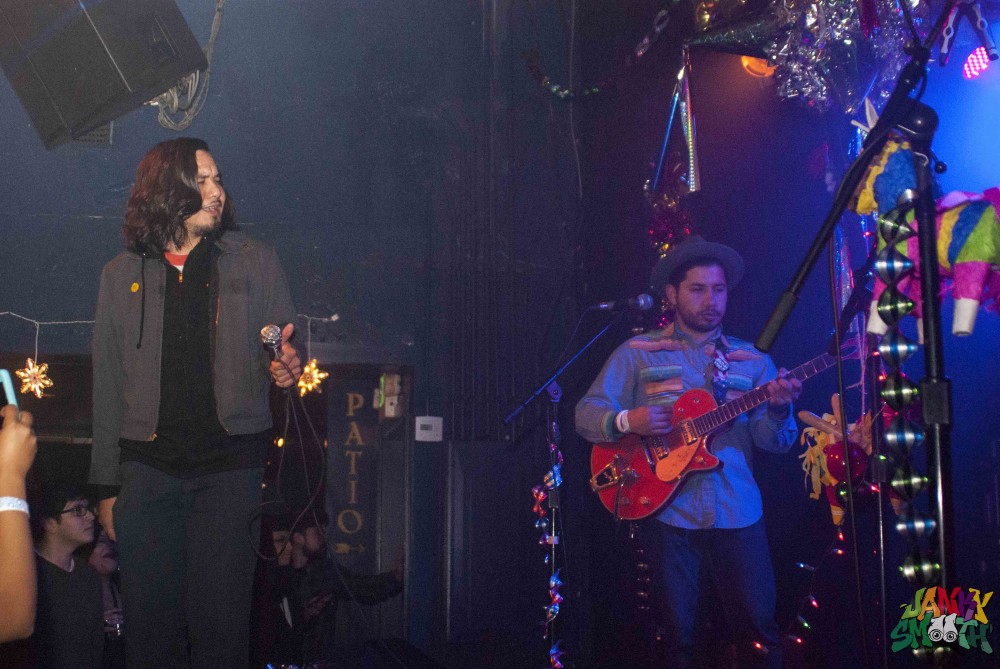 Santoros are widely regarded by the local music scene as psych rock staples and have received all manner of well-deserved accolades. Characterized by echoing vocals and heavy instrumentals, Santoros create a haunting cemetery-rock vibe that comes across both live and in their recorded media. The performance of the evening brought the excitement level to a climax, with the band members presenting a personality in addition to a great sound.

“I’ll play an encore only if you buy me a fucking beer for my birthday” Jossef told the crowd.

They played two additional songs for their encore, including one from the new release called “Girl.” I met up with the band members in the greenroom following the performance. They were more than happy to sit down to discuss the band’s direction. Inspiration is everywhere for this group, but the focus of this project specifically was to bring the music back to its origins. Offhand, the group listed traditional Mexican music as a heavy influence on the creative process. Carlos Precichi, guitar and vocalist for the group, said the time he spent in Ensenada, Mexico every summer weighed heavy in his mind while working on El Perdedor.

“The music is reminiscent of a nostalgic culture, even one that I never had” says Carlos.

The writing process includes describing personal struggles; love, loss, grief, etc.This bittersweet nostalgia is a prominent theme in the lyricism of the new material, as well as the conscious acknowledgement of a degree of uncertainty for the future.

2016 has been widely regarded as a difficult year for a lot of people, the members of this band included in that. It is Santoros’ sincere hope to deliver a strong message of closure for 2016 and optimism for the upcoming year, hopefully bringing about more important musical contributions from the local music scene.

“The moon is always changing; one day you’re under and the next you’re on top.” say Jossef and Carlos, referring to what the name El Perdedor means to them personally, “You have to feel like the loser to ever feel like the winner.”