Hip Hip lovers rejoiced when The Teragram Ballroom announced that Dr.Octagon would be playing the first ever live performance in LA with the original trio of masterminds that gave us “Dr. Octagonecologyst.” In 1996 Kool Keith’s alter ego Dr.Octagon along with Dan “The Automator” Nakamura and DJ Qbert brought forth one of the most epic cult classics in Hip Hop history, yet never once played a show together. More than 20 years later the elusive group surprised everyone with a handful of reunion shows. An Iconic Project from an Iconic M.C. Kool Keith took a different eccentric approach to hip-hop. While he always has maintained his roots from the The Ultramagnetic MCs days, his lyricism wasn’t what the typical hip hop artists of that time were on. He was on some bizarro lyrical shit, garnering him a huge cult like following of weirdos and freaks from every end of the spectrum.

Blogger, Cesareo Garasa’s online reaction to the news was totally on point, he wrote “This terrifies me. His music terrifies me on some unknown level. I can’t listen to it– even though I enjoy it– without being filled up with some kind of uneasy dread.” The Psych-Horror-Sleaze filled Hip Hop sucks you in through a wormhole and spits you out straight into the deranged imagination of the legendary “Black Elvis” MC, Kool Keith. While Thornton has been known to perform Dr.Octagon songs live, last Tuesday a sold out ballroom of lucky bastards would witness history in the making as the three played their 1st LA show and 2nd show ever as a group. 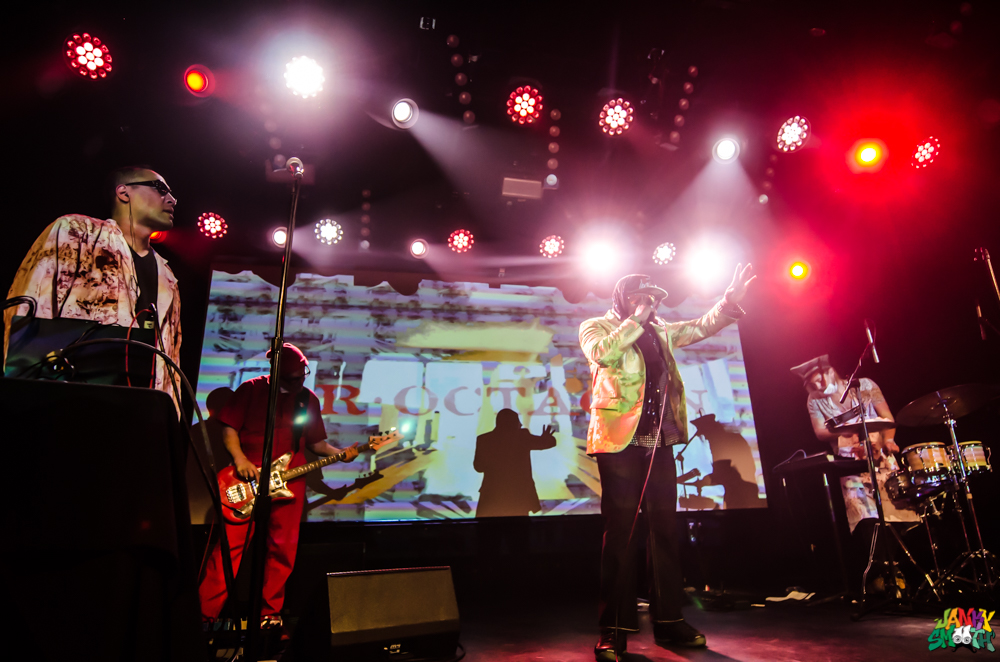 Backing the trio on stage was former Mars Volta bass player Juan Alderete and Alex Swain on percussion and synth. The incorporation of live musicians into the act added an over-all fullness and rock vibe to the sound and well as contributing to the visual aspect of the stage performance, making it feel more like an all out experience. With their faces covered by surgical masks, the two owned their roles as psychotics, Alderete would raise his bass up over his head as he played and Swain, covered in blood spatters, multi-tasked effortlessly while playing the keys with one hand and hitting the drums with the other. DJ Qbert and Dan “The Automator” were set up on either side of the stage looking like mad scientists harmoniously scratching and alchemizing beats while Kool Keith did what he does best on the microphone. Kool Keith and Dan The Automator

As would be expected, the set consisted of many classics like “Earth People”, “Blue Flowers”, “Waiting List” and “Girl Let Me touch You” from “Dr. Octagonecologyst,” however they also introduced several amazing never before heard tracks. At the end of the show, the guys came back out on stage and did a one song encore of a second beefed up version of “Blue Flowers” that sent the entire crowd into orbit for more than six minutes. They ended their set in just before 11pm, the only bummer on this show was that is was not long enough, but at least I was well rested Wednesday. 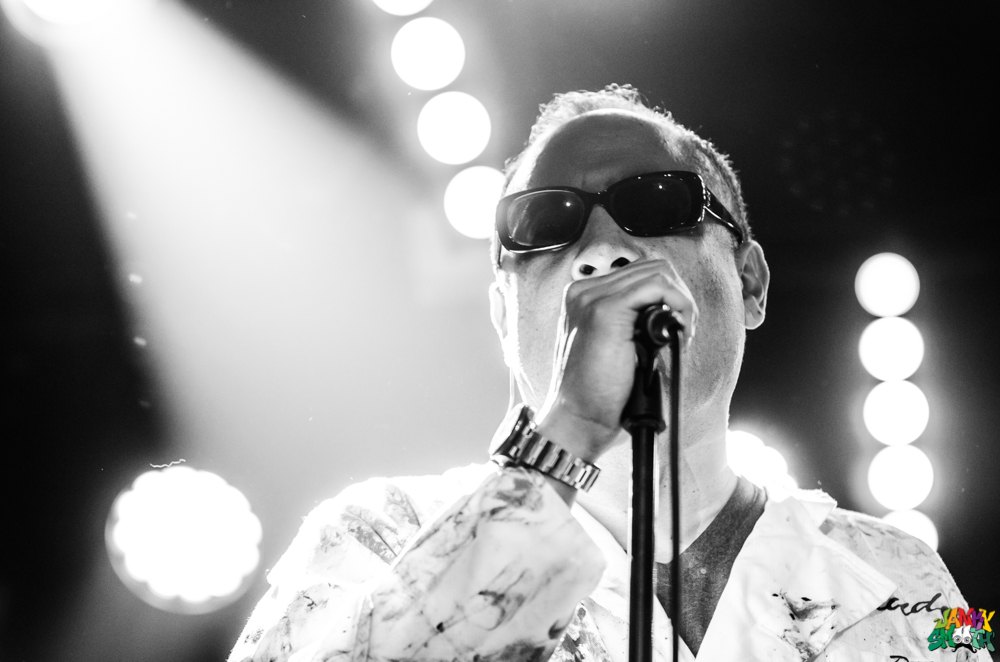 After the show, DJ Qbert confirmed with me that the new material we heard would be included on their upcoming album. For those that missed out on this opportunity, news of an album coming out may serve as a beacon of light for a future tour. Considering that didn’t happen until 2 decades after the last time the three collaborated, one could only hope that it won’t be the case this time!