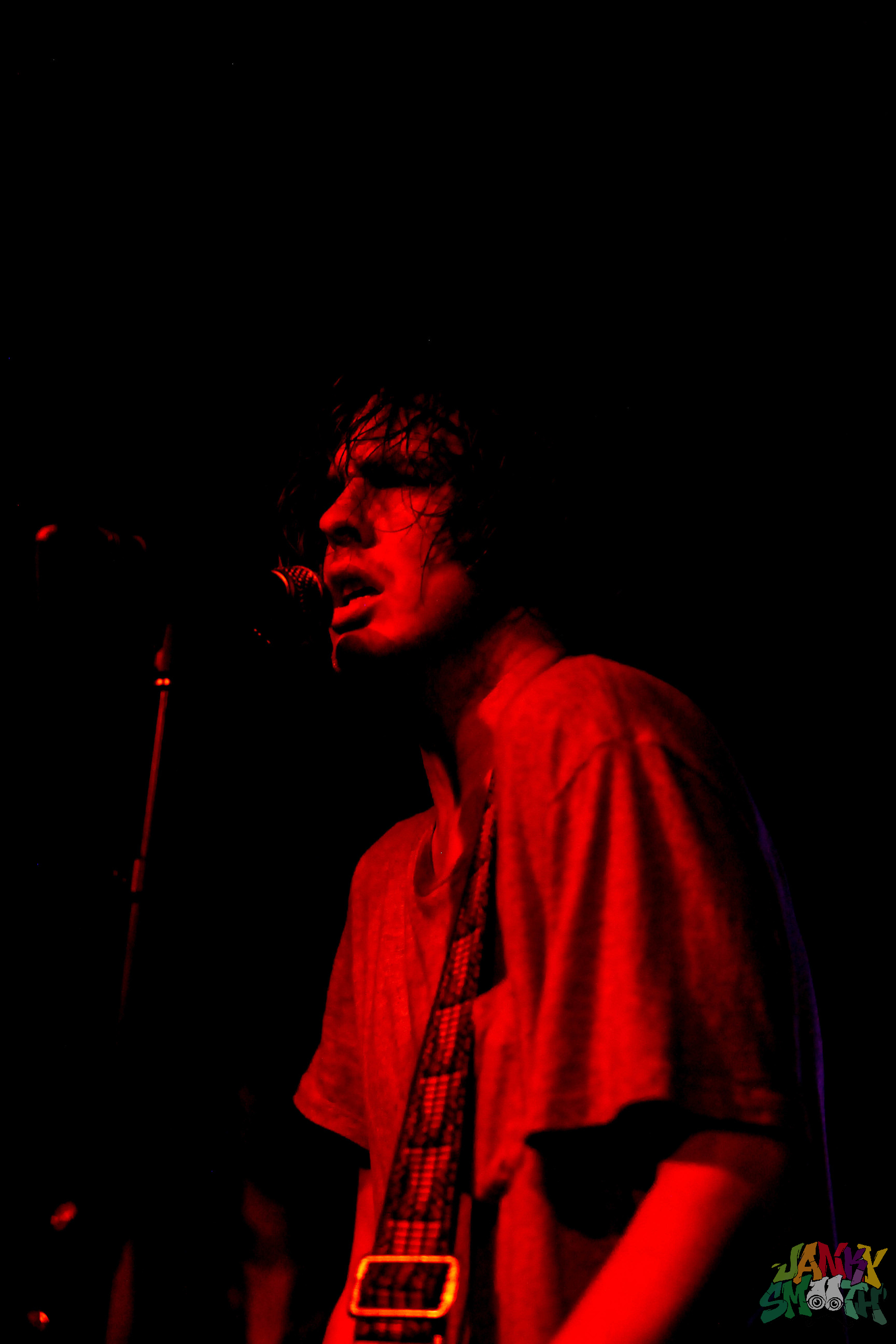 I made my way over to The Echo on Thursday night to check out a sold out show with headliner, Broncho. Irish noise rock group, Girl Band were my real motivation for attending this gig but I certainly was intrigued by seeing what the Broncho buzz was all about. Just a few hours earlier I got to cross an item off my bucket list after a marathon interview with Jello Biafra. I mention this only because it was relevant to the affect it had on my perception of all the bands’ performances that night- an affect, which reinforced the gut feeling I had about Girl Band and completely undermined the way I reacted to Wyatt Blair, also on the bill. So here it goes.

[Not a valid template]The venue was dead silent as Girl Band took the stage. I could tell what type of audience this was going to be right away- beautiful and boring. The type of audience that attends a sold out show for a one hit wonder band although, that’s not fair to Broncho- I’m rather sure they’ll be around for a long time after Thursday night’s show. I’m referring to the fact that Broncho’s latest single, “Class Historian” seems to be amplifying out of a lot of people’s speakers lately. I aint mad at anyone for that. It’s one of the catchiest little ditties I’ve heard in a long time. The kind of song that a lot of different types of people end up hearing and liking and here those people were- about to totally not “get” where Girl Band is coming from. They’ll totally like Wyatt Blair though but I’ll get to that in a bit. So as I was saying, crickets as Girl Band took the stage. Silence until guitarist, Alan Dugan channeled himself through his pedal board and let the vilest, most wondrous rhythmic shrieking pulse from the speaker of his guitar amp. Like the death of a million babies on Xmas eve, the band started in. Lead Angst-er, Dara Kiely, a young, fresh faced lad could just as easily take a few cycles of steroids and end up an Abercrombie and Fitch model but he instead spends his time arguing violently with the other musical instruments employed by the band. He started the set in a disturbed little falsetto voice but that was my only recollection of such an occurrence in the entirety of their performance. Most of the sounds emitting from his mouth were anything but demure.  Girl Band have a razor sharp edge but somehow, they have a very commercial feel which is the only time I’ll ever use that description as a compliment. Girl Band make you want to slam dance and make out with someone at the same time.  I wish my photographer for the night didn’t fall down a flight of stairs so I could show you.  Luckily, Julien was there shooting to catch the rest of the bands.

Noise rock is an interesting species of musical genre’s. Through all the chaos, there are distinct vibrations which compel it’s listener in some of the same ways that any type of dance music might. I would say that Girl Band contains more of these groovy elements than your average noise outfit might. Their first release on Rough Trade is a compilation of all the one off recordings they’ve sold at their merch tables since their inception. Their album, The Early Years is great but seeing them live really made me into an outright fan. I’m sure my level of stoke will rise even more when I see them play at Burgerama tomorrow amongst a more exuberant population of our species, because ¾ of the room on Thursday hardly moved a muscle until Wyatt Blair started playing. Interestingly, all three of the bands I saw on Thursday will be playing Burgerama. Wyatt Blair at The Echo

Don’t get me wrong, I’ve listened to and enjoyed Wyatt Blair’s studio work. He’s a good musician, songwriter and even with my peculiar reaction, a charismatic performer. A couple of his earlier releases like Peach Color Pussy released on Under the Gun Records were pure rock filth but Wyatt Blair might be the only artist whose move to Burger Records and a popier sound didn’t make me like his music more.  Maybe it really was my earlier conversation with Jello which formed a familiar shell to filter out any content that lacked depth. I looked around and the same statues that were frozen during Girl Band’s set were quietly shaking their hips and smiling. People were having fun. What’s so wrong with that? Then I looked at Wyatt Blair and I suddenly realized he gave me the same feeling that watching Brett Michaels or Bon Jovi gave me at their height, although, Blair’s music is much better than theirs.  I’m generally judgmental of those who have no outward suffering in their art.  That being said, I have no idea if that’s the case for Blair and his fans but that image of late 80’s glam metal kept running through my head, along with my conversation with Jello Biafra earlier in the day. Broncho at The Echo

Then came Ryan Lindsey with Broncho, also with a bit of a poppy vibe but none of the same affect on me as Blair. Lindsey was less flashy and much less primped but much more convincing in a grimy rock and roll sort of way. Broncho were less tight than Blair and his band but there is a suffering that needs to accompany good time music to render it authentic and Lindsey struck me as the type of dude who suffers. Something about him seemed like he even might’ve even been suffering that very night.  I won’t speculate too much on the source of his suffering.  Broncho felt like they were running out of steam about half way through the set. Maybe it was me running out of steam. My thoughts trailed off and I walked out for a smoke before Broncho finished their set list. Not sure if it’s because I had some heavy things on my mind or if they just couldn’t keep my interest. I suspect a little bit of both are true but that’s subjective.

I tend to read a lot into shows. Those thoughts might be the thing that makes writing about them a bit interesting but then again, it could make me come off like a pompous asshole. I suspect a bit of both are true and that is NOT subjective.